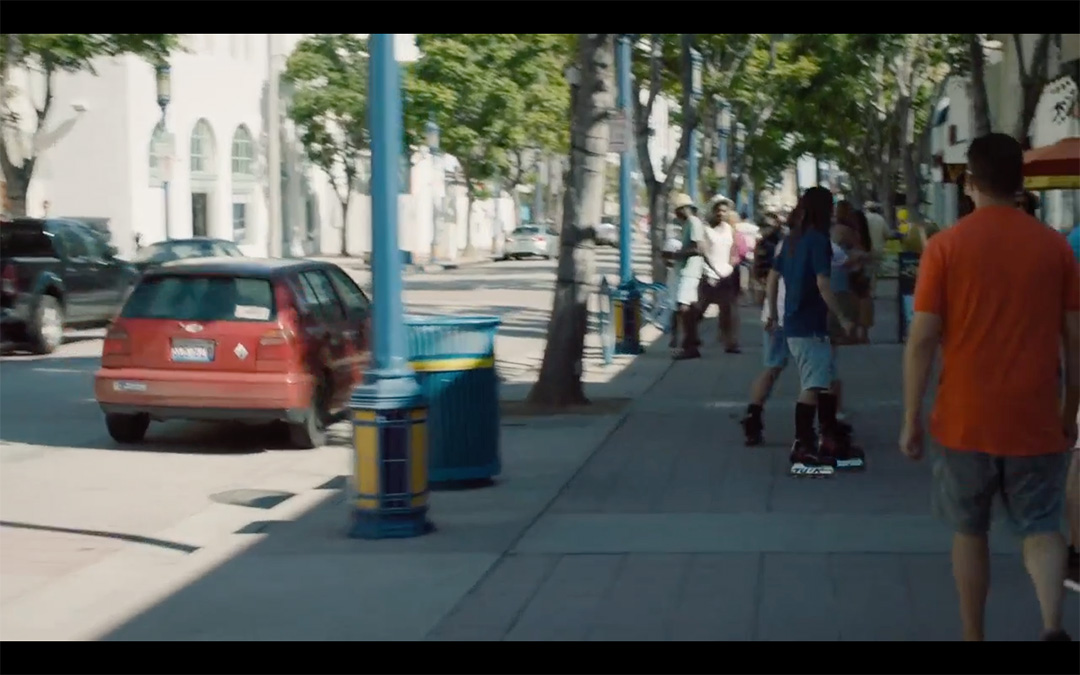 That awkward moment you are in Miami, for some strange reason, on your rollerblades and some dude in just kind of short shorts runs by you.

Here is a screen shot from the show Grand Hotel, which I was in. This was recorded late august last year, in Westwood, near UCLA, and finally aired last night. At first the plan was to have me and the other guy with blades skating with each other but I guess it seemed a bit boring to them. Then they suggested we dance, to which I said “you don’t dance on rollerblades, especially to side walk like this.”

Then they grabbed some random girl on set with us and, well, I don’t know what happened. Didn’t make sense but what ever, I like how I was clearly in the show, and my blades are very noticeable.