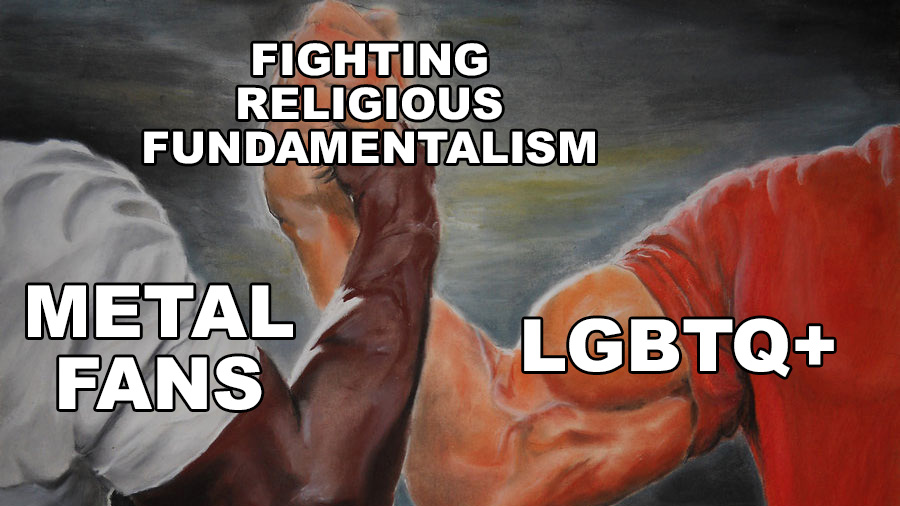 The people that know me most know I how I feel about religion, but at the same time I would never deny the freedom of religion of others because it will just cause more problems. Yet there is a problem with some religious people that have this idea their way of live should be absolute because of how much harm it will do to everyone, including those who follow such ideals.

A couple of other things those who know about me best is that I listen to Heavy Metal, and am an ally to the LGBTQ+ community, which are two different groups of people, among others who have been attacked by such hardcore faithful. Why not join hands and scare away those who wish to do so much damage to others for their own selfishness? Then I made this. It’s simple, but is still passes.