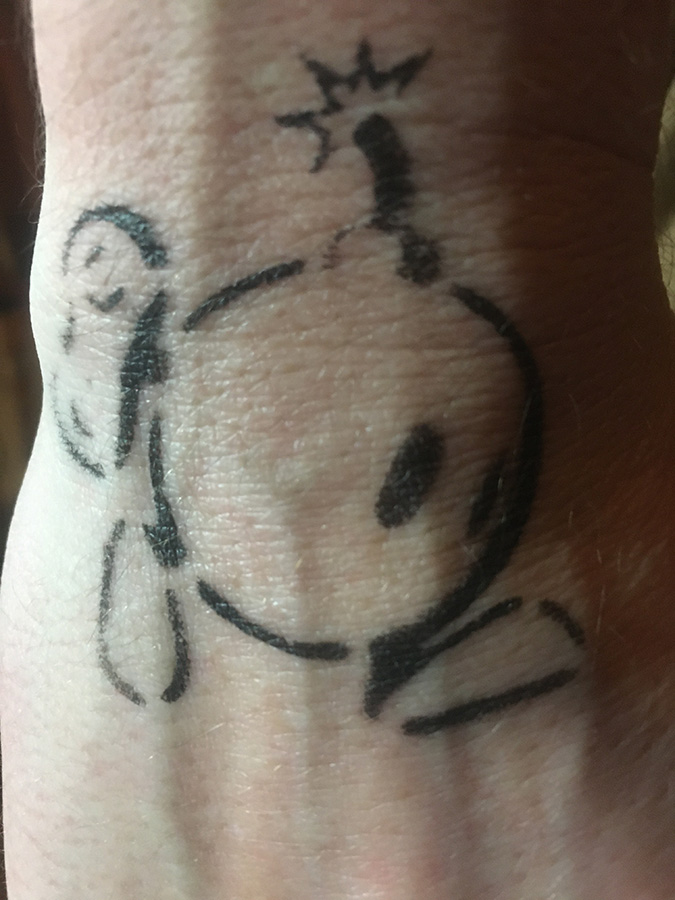 How the Year Started

It was a total bomb for me. And I’m not saying that as a good thing. Last night I was at a party in West Hollywood, known as, BOOM! 2020 Icons. I wasn’t there to long and I thought it was alright. Just wish I got there sooner. Meanwhile a friend was there, Marky Make Up who stenciled this Ba-Bomb on me, which I like, and I still have on me.

And this is the part of what the night was a bomb. When I got back to my car I discovered someone got in it, and one thing they took that I’m most upset about is my iPod, because I need my music. A police report has been filed but I’m not sure how far this will go. My iPod should have a tracker on it but my phone isn’t picking it up.