The second part of my photos from the day, and the rest of what’s left. I do wish I was there longer because I understand it because more of a party. Lots of dancing and music. This virus really has ruined everything, but I’m still glad I was out to show my support.

Or as it was called, All Black Lives Matter. The day started off in Hollywood, and I got there by metro since it’s really the best way there but there is more a possibility in getting covid. That is what I was most worried about. When we started to move we walked to West Hollywood. I plan on getting myself tested by the end of the week just to make sure I’m not infected, but as of now I’m doing what I can to keep myself isolated.

As of the rally, I think it went well but wish I was there longer. I have another friend that was there longer and she said the event basically became pride. I didn’t notice any issues while there but did see some guy yelling at everyone, not sure what about. And I learned about this happening after I got home. Just hoping everyone is ok and those drivers get caught. 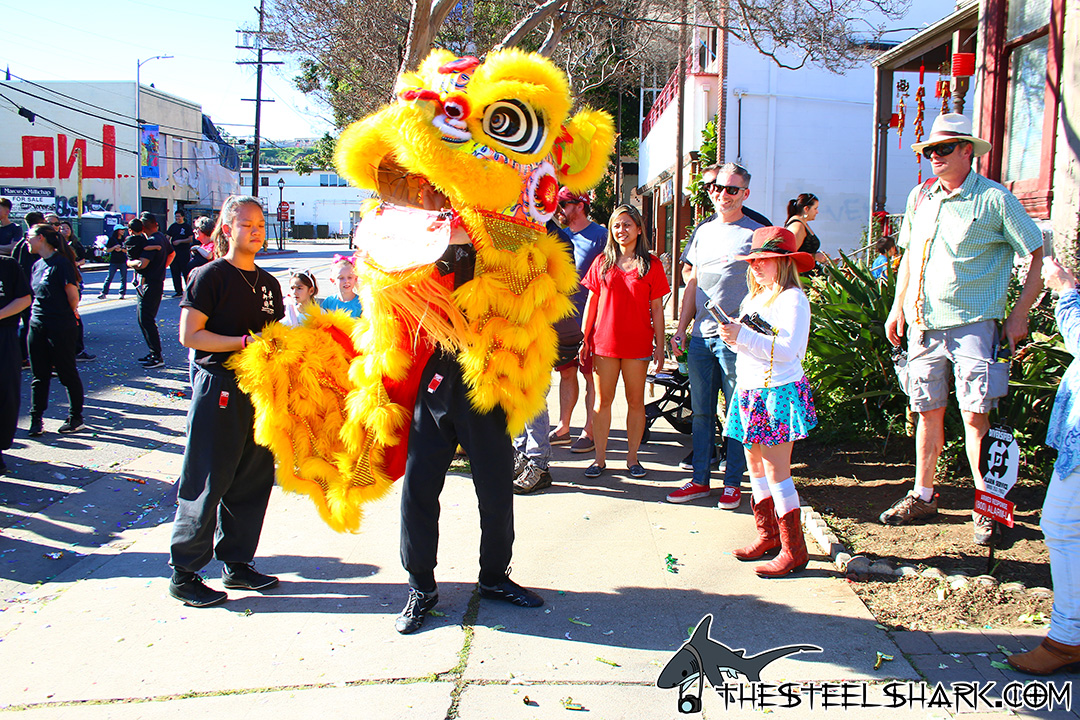 The year of the rat has officially begin. I was there for the parade as I am every year and was at my favorite spot. While the parade was going on a friend cam by and hung with me for the time. She’s never seen he lion dance before in person and as I expected, she loved it. I would have hung around there though out more of the day but had some place to go.

But as always I had my fun celebrating the new year. 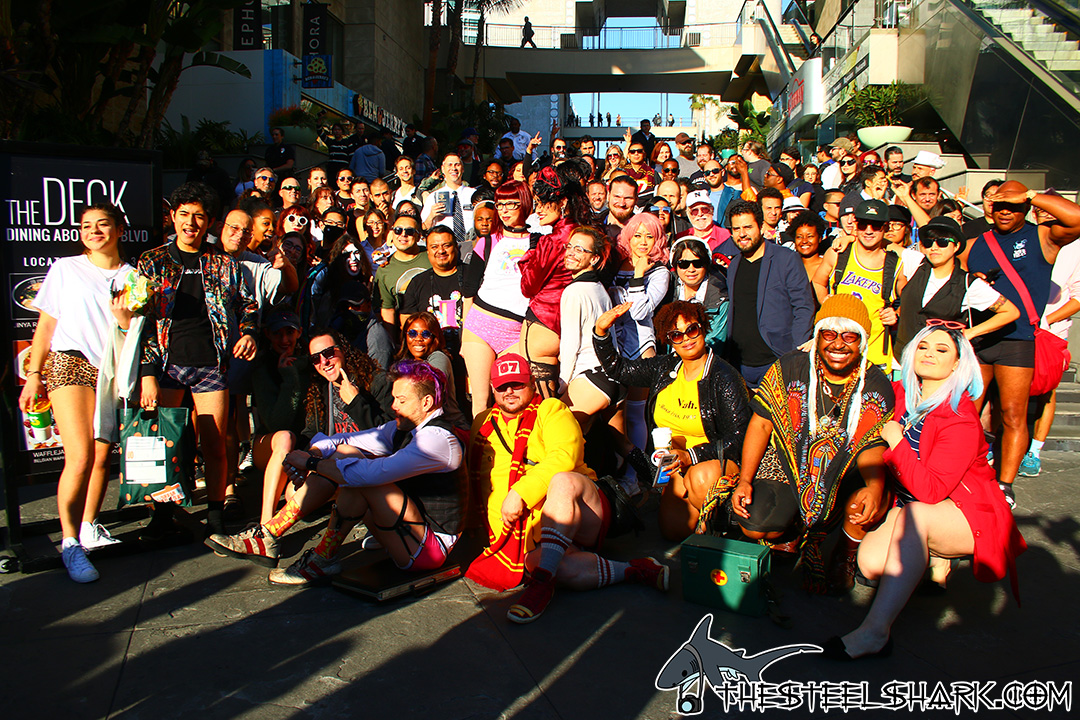 At Union Station in Downtown LA, people coming form different parts of the LA area come together without pants. After a half hour we all hopped back on the subway heading to Hollywood where we had our group photo and went to Pig ‘N Whistle for our after party. Over all, it was a good day, and a nice start for what else is to come for the rest of the year.

Can’t wait to see what’s next. 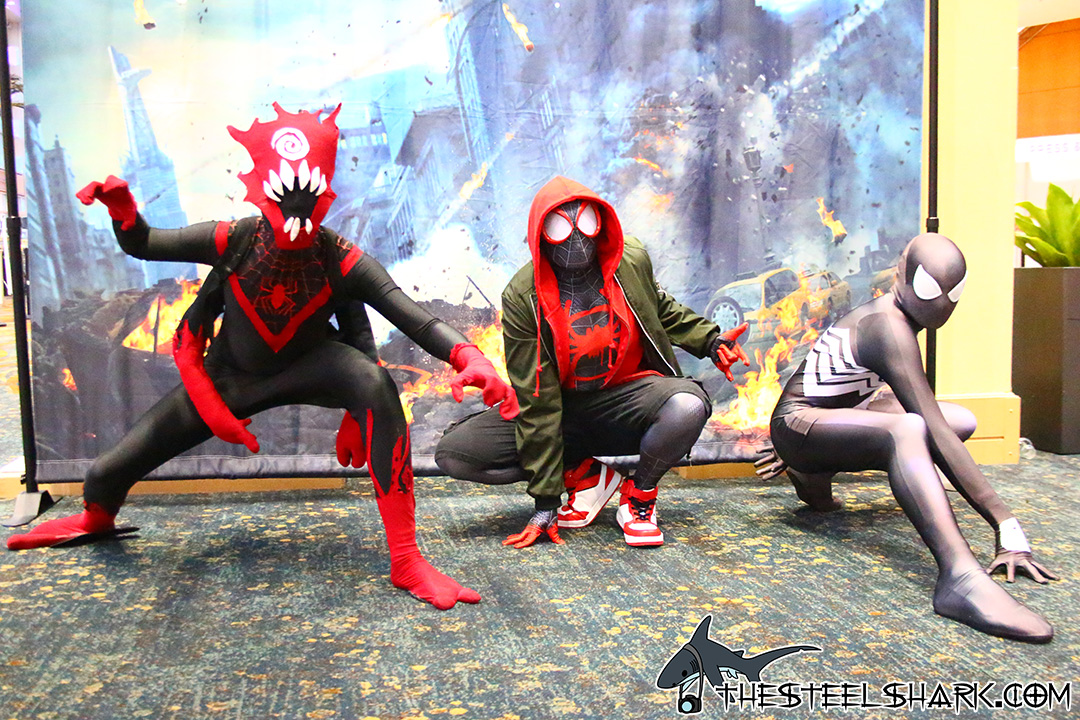 As much as I enjoyed my day there, I sadly didn’t get much. A lot was happening in the convention center, and much of it was part of a dance completion. So some of the people from that might be noticed in the background while in the lobby area.

Then when I entered the exhibit hall, there was defiantly less floor space used up. Of everything it turns out why the convention happened so soon was because other dates were already taken up so it was either set it at an open weekend earlier on, or not happen at all.

On top of the fact another nerdy convention was also happening that same weekend, and that didn’t help much at all. Hopefully next year won’t have this issue. But one upside was seeing some of the people there for the dancing event were rather fascinated with seeing the cosplayers. I let them know most of us are cool with them taking photos of or with us.

Because you should never be scared of cosplayers. Well, most of us. 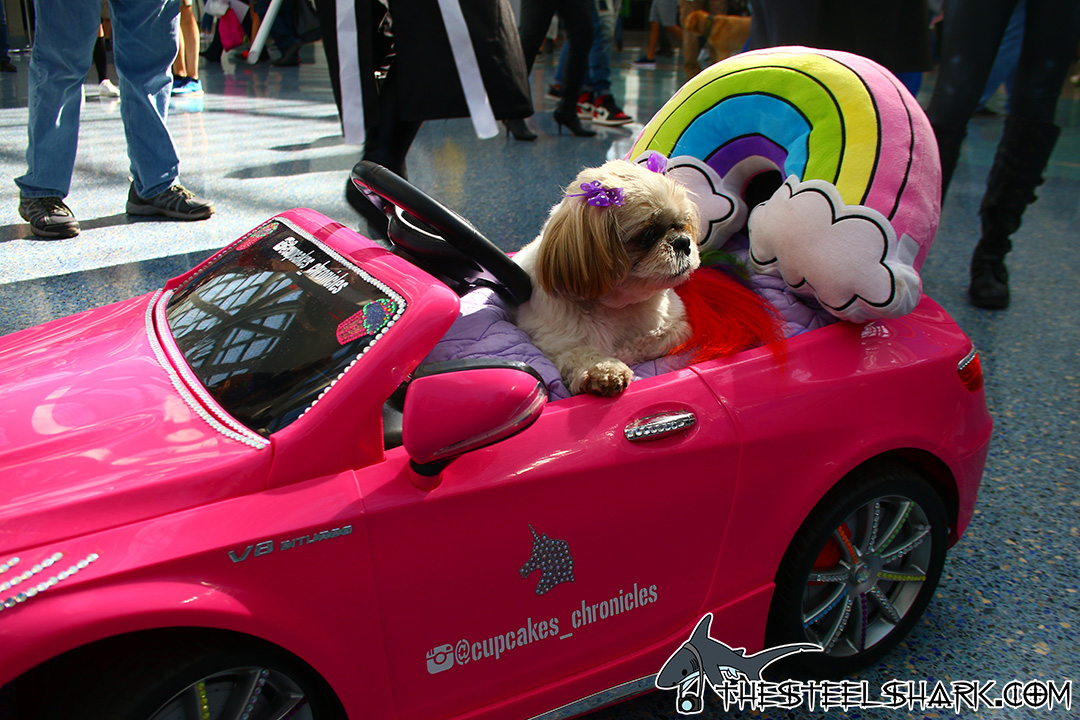 Well, turns out I didn’t upload these to the site like, two months ago. Well that’s being fixed now. That and the fact I’ve been so busy lately with so much stuff. And leaving my place kind of early in the morning, and back so late isn’t helping. Well at least I’m getting a lot done out in the wild, to bad none of it is anything I can post.

Anywho, enjoy the final set from my last convention this year. 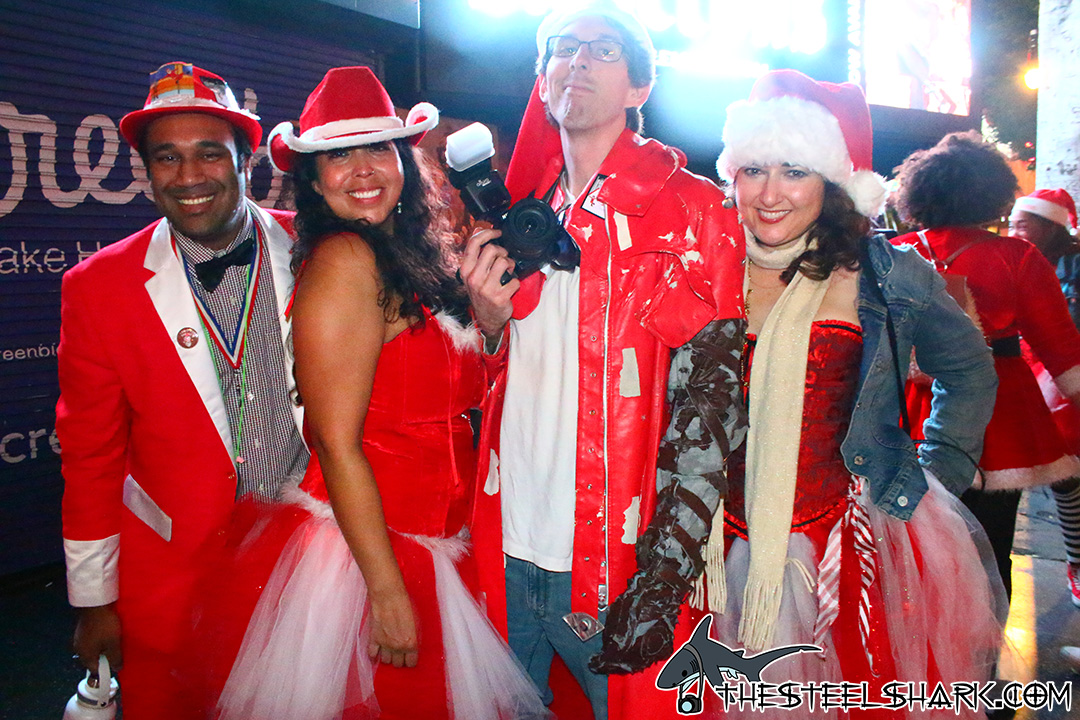 And now for the rest of the photos. After the Rockwell we went to Dave and Busters in Hollywood, which is a nice place to hang around because of all those games to play. Then after we went to a few bars by each other on Hollywood. Anyways, I had a fun and wild day hanging with the santas, as I have done every year.

I look forward to joining in a gain the next year, as always. 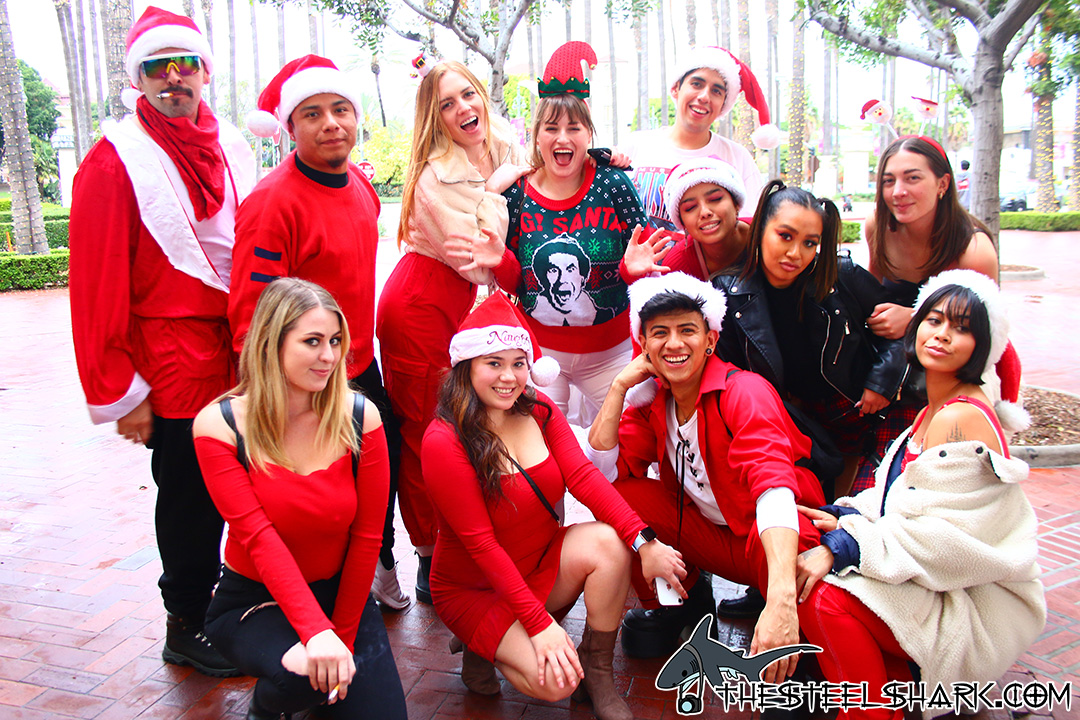 Well that was a long, yet awesome day. I got there little later then I wanted to, but it will worked out. It all started off at Tom’s Watch Bar in Downtown. after a while we then went to Union Station where there was another holiday event happening. There was even a santa there taking photos with people, which some of our santas did take advantage of. From there we went to the Rockwell, which is the third time I’ve been there since I joined in for Santacon.

Well, that’s the first half of what went down. Stay tuned for what’s next. 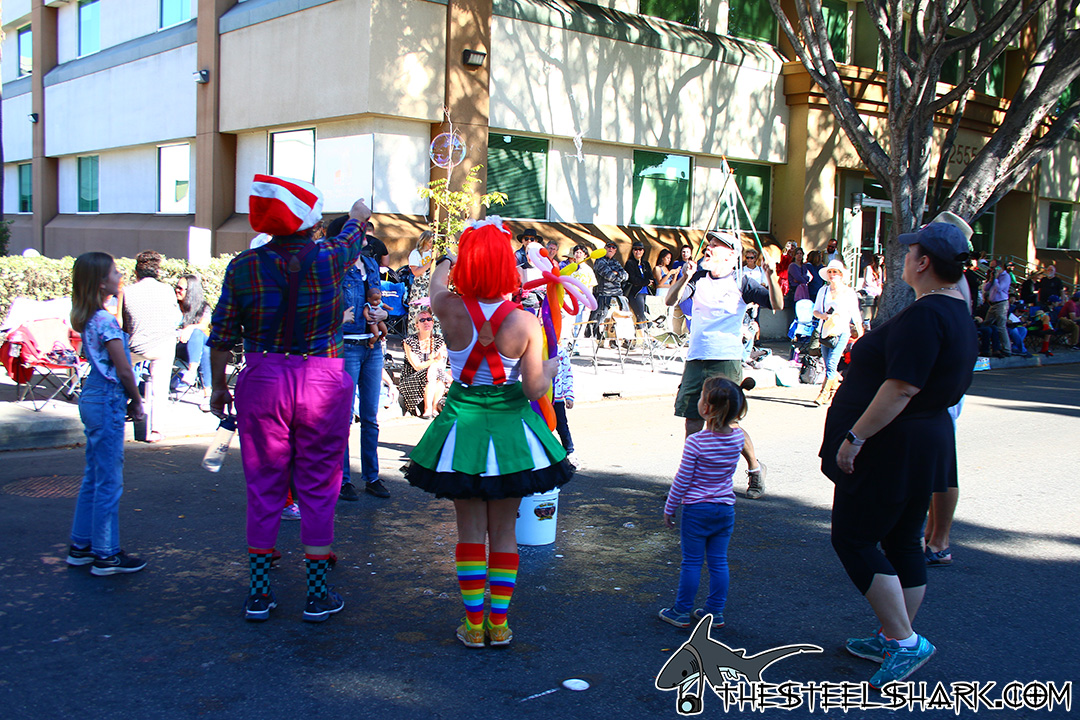 Two weeks after this happened, I now have my photos up. It feels nice to be catching up to everything. The first time I did Doo Dah was 10 years ago with SoCal Anon. The parade seemed smaller than what I remember of it, but still as fun. It was also in a different part of town. I didn’t get many shots at all, and wasn’t there long.

a href=”http://thesteelshark.com/?p=43848″>Hopefully next time I’m there I can cover more. 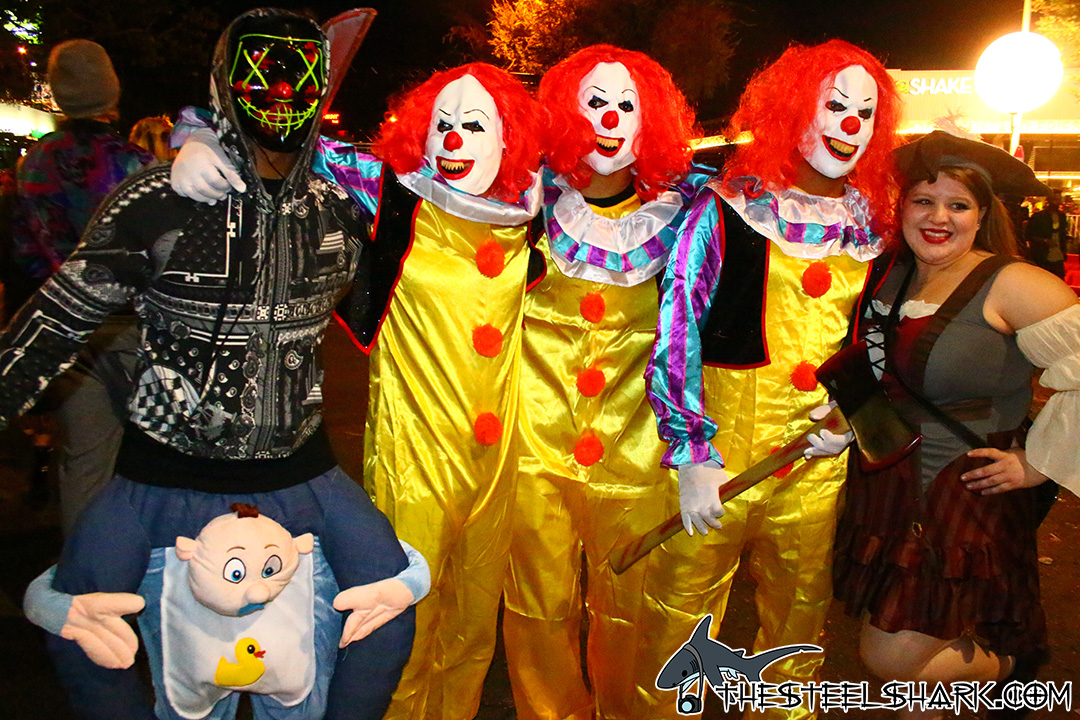 And the rest form that night. I would say this was a good year, Didn’t get there as early as I hoped, which will happen someday. And that would be before the sun totally sets. I can’t remember what happened on why it took so long. Anywho, I was there pretty late too, because by the time I was leaving the street was already being cleaned up.

It was a good, wild night.