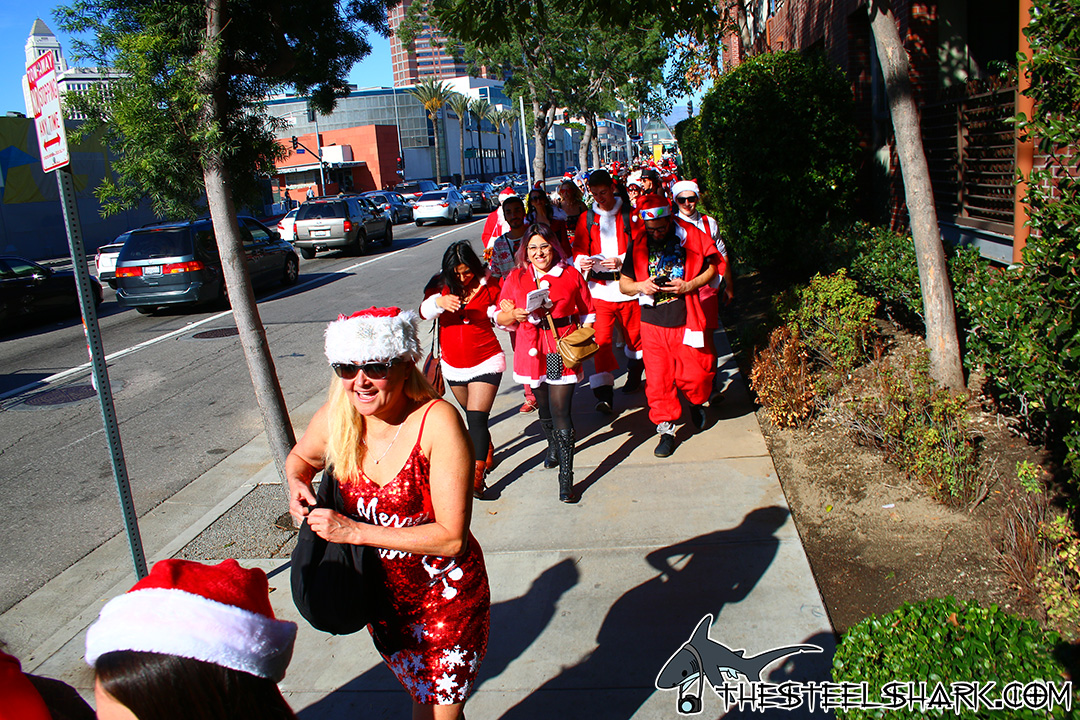 I’ve been waiting all year for this, and it’s finally happened. Oh what a good day. I got a lot of photos from the day so I’m splitting the album up. The rest will be up during the week so be sure to check back in.

As for the day, I got to the start location a bit later then I wanted, which was at this Mexican restaurant we’ve been to another year before, El Mercadito Mariachi. Next we went to Arts District Brewing Company, were santas played some games, and had more of a good time. After that we went to Los Angeles State Historic Park just outside Chinatown were we had our reindeer games like the Treetoss, and Twister. There was also some snow brought in to have snowball fights, but a park ranger got hit on the leg so they decided to have that shut down.

Anywho, that’s the story of the first help, the rest is coming soon. In the mean time, which for photos.