After the pillow fight had ended earlier this month the birds started coming in and helping out in picking up feathers. 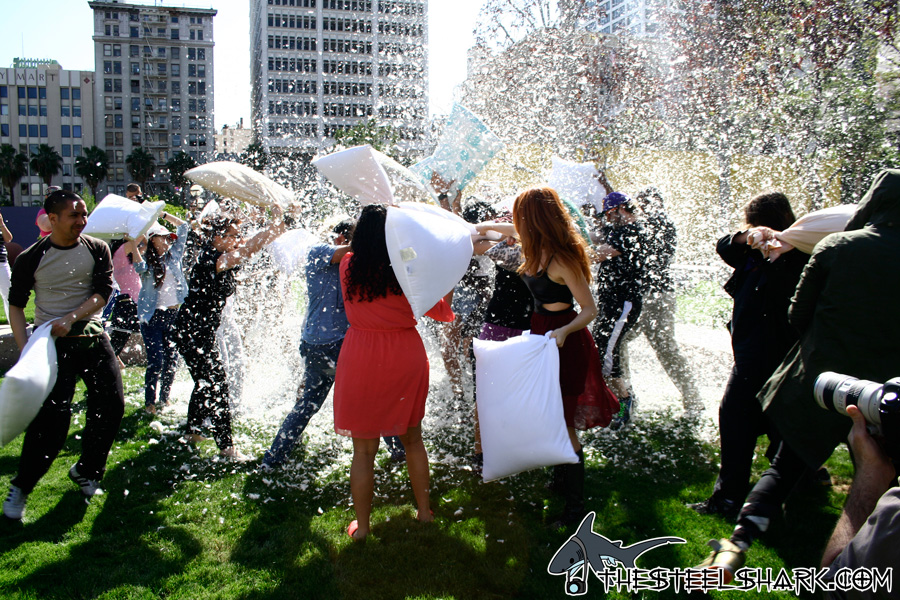 Update, now the story: The entire event wasn’t as big as I thought it would of been, I know last year it was announced the day before and this year it was only a few days before.

Anywho, I get there rather early and decided to walk around downtown for a little bit, use the wifi at the Central Library shortly, then I went over to Little Tokyo knowing some of my cosplay friends would be there to hang with them for a bit before it all went down. So I got to Pershing Square about 15 minutes before it was suppose to start and I didn’t really notice anyone till a minute to two late I saw a group of people setting up their camera equipment. I talked to them for a bit then I started noticing some other people coming in with pillows finally, but there where so few.

Park security saw us gathering, came up and talked to us saying that there is no permit for anything going on and we ended up pulling it off anyways. They called LAPD, some officers came and basically said “this is what you called us for? who cares? just let them.” After we were done the collection of feathers started and during it one of the cops come up to us about cleaning it up. I informed him that we are taking care of it and the rest that we can’t get the birds will take away. Soon after I see birds fly down and were getting to work. That was fast.

I hung around for a bit longer and saw some pillows got left behind and noticed some people sleeping in the park, so I brought over pillows and put them next to each person I saw figuring that would be something nice to have. I then took one more pillow with me to see my friends in Little Tokyo again and start beating them with it saying “you jerks missed out when I have been taking about this for weeks!” As I got off the Red Line from Union Station I saw a homeless girl with a sign and just figured she would of needed that for herself and thanked me for it. I knew I should of got a second pillow. I knew I should of got a second pillow.

Oh well, I just hope it gets bigger next year. 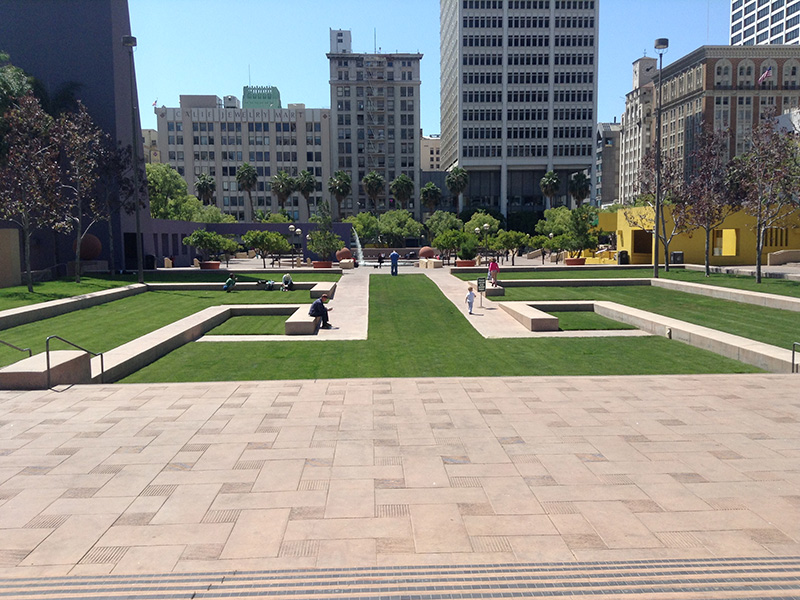 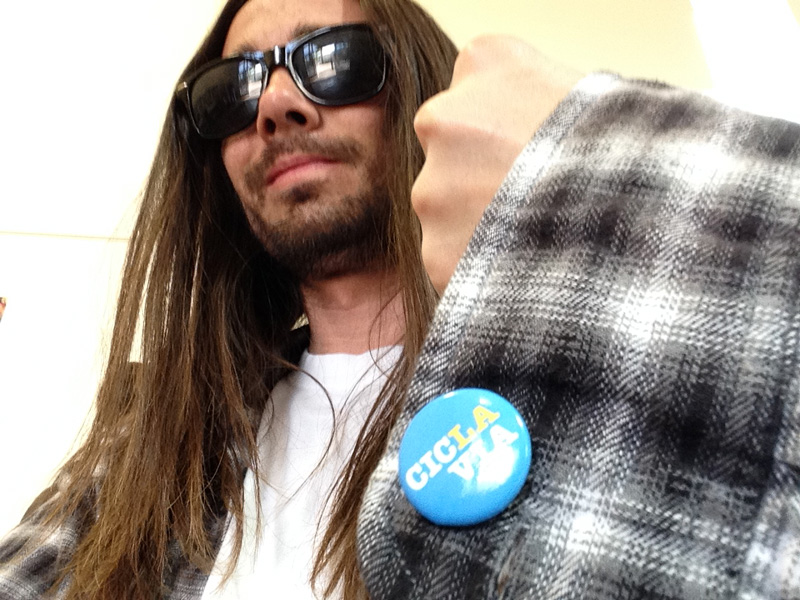 So I got this in the mail the other day. I’m happy. Also the pillow fight for LA has finally been announced. 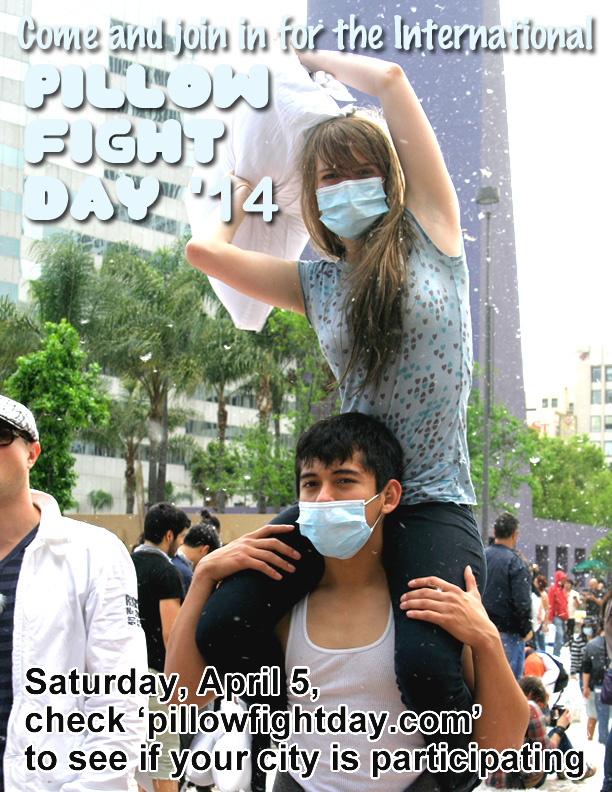 Yeah, I’m still waiting for the info for LA. I”m sure it will be announced the day before it happens like it did last year. But in case you are wondering if your city is taking part check here. 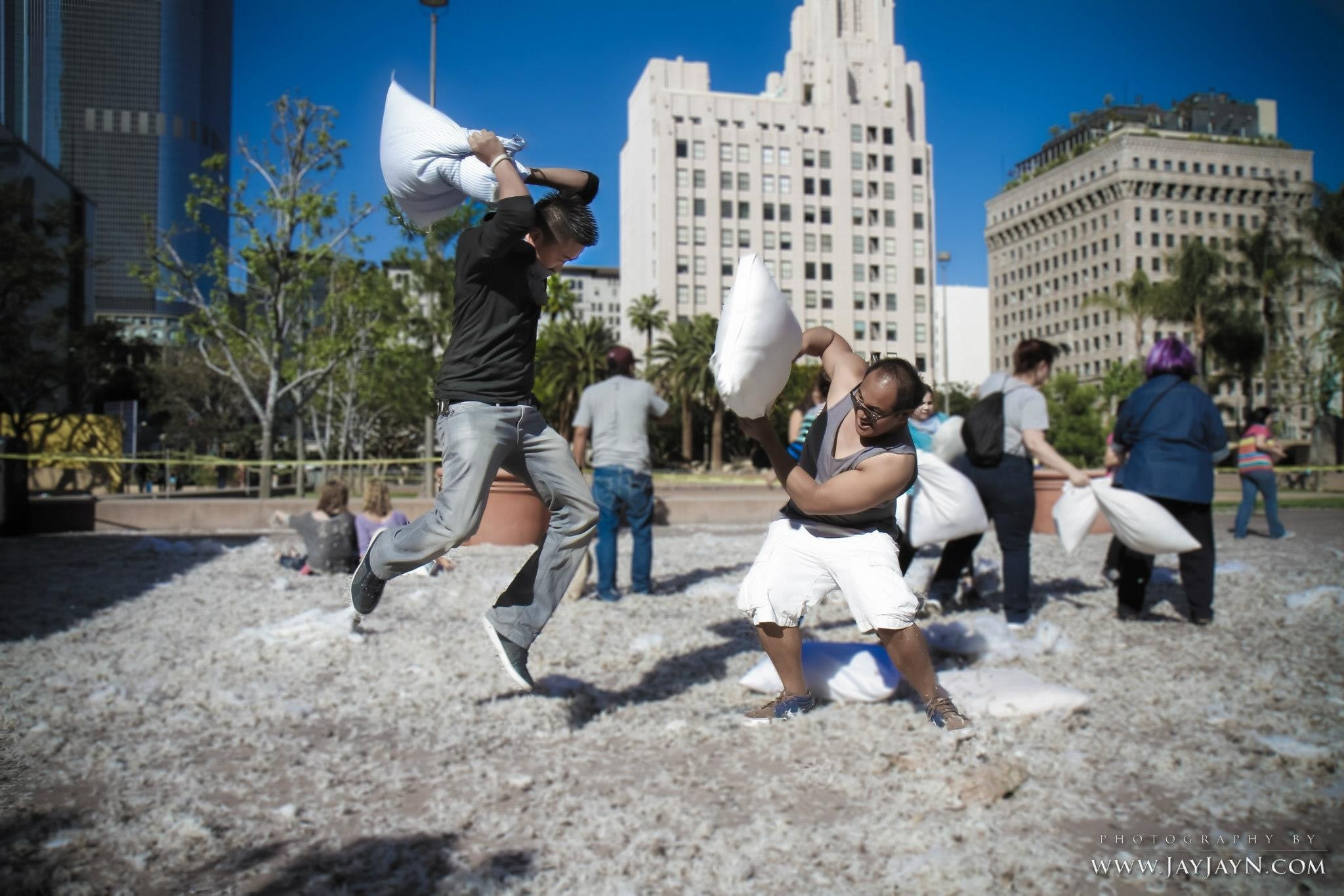 Sadly I was unable to make it due to the fact I’m still out of town, but luckily a couple of friends of mine went so I’ll post a couple of photos from them. Now, I would of said something about it before coming up but I really had no info at all on were it would take place till Friday, the day before it happen. Well I’m still glad it did.

And now is it online, glad my tape didn’t mess up any. The song I used was “The Isolation Game” by Disarmonia Mundi 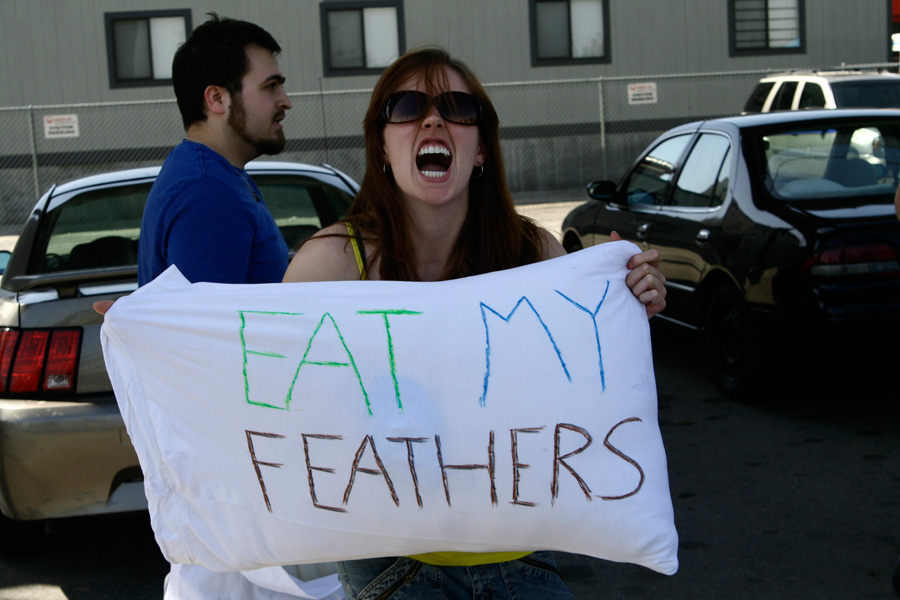 Very strange day that ended up entertaining. So I went over to Pershing Square incase some people didn’t know the event was canceled to let them know about it but the security guys there told everyone that it is in fact at The Cornfield. So I rode up with a group and we decided to see what was up over there and a park ranger came out and let us know we can’t have the pillow fight for the reason that if feathers start littering the ground everyone could be cited. SO what we ended up doing was parking at a mostly empty lot near a nearby gold line station and having a little battle there. Some more people came in and joined in the battle and it ended up being a lot of fun.

This was the afternoon of reckoning!

I got word the event has been canceled and was beyond the circumstances of the guy who was working with the city on it to have it set up. so what ever you do no not go, repeat, DO NOT GO! 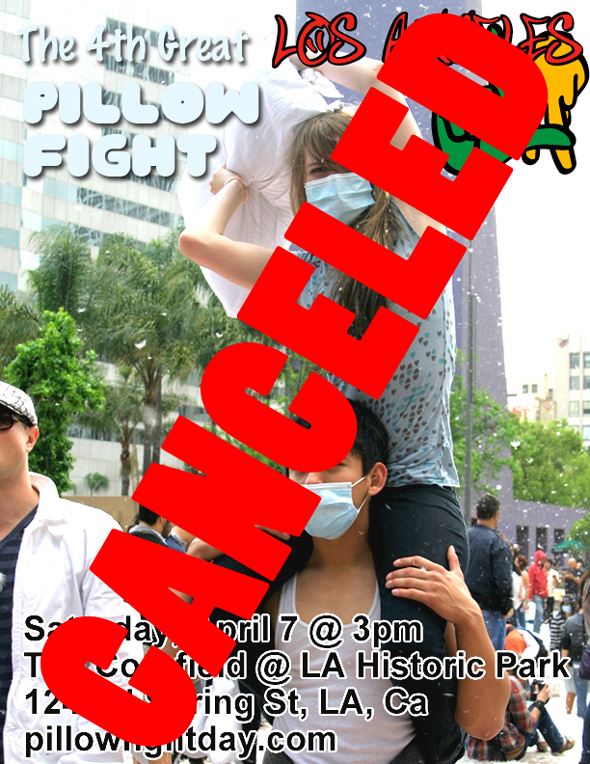 So I made a flyer for this event coming up in about 2 weeks. So can’t wait. It was going to be at Pershing Square but they had to move it because they planted new grass in the area and didn’t want to trampled on right away. This new area I guess known as The Cornfield very much looks bigger and should be a lot of fun still. Let battle be joined. 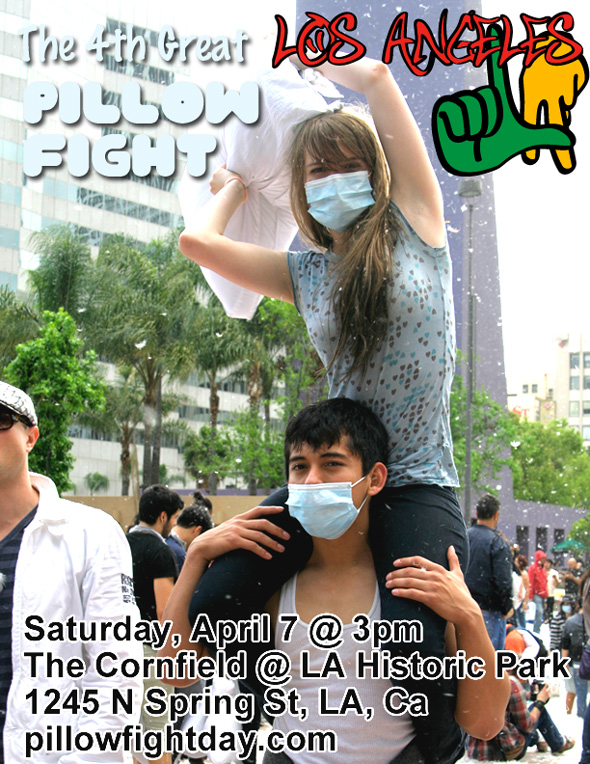