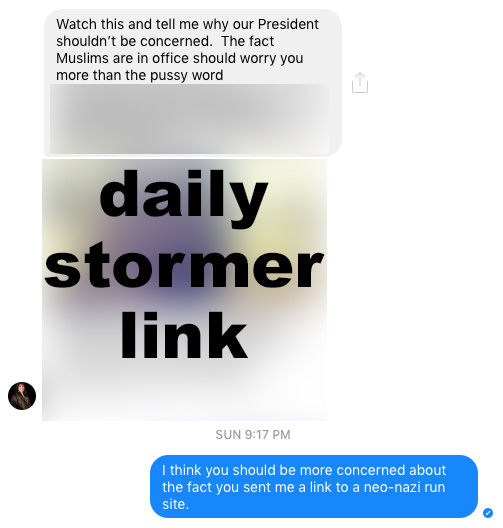 How Do You Not Notice?

Recently I find myself making fun of a Trump supporter, who really had no problem defending the guy from his poor behavior and the fact he constantly lies. She made an excuse for the pussy grabbing clip, which realistically is bragging out sexual assault, saying it shouldn’t mean anything anyways because back then he was a private citizen. Which, doesn’t change anything.

This person also preferred to talk about the supposedly great danger of immigrants, when in reality most murders in the US are committed by americans. They also didn’t want to talk about the growing white suprematists activity that’s been going on for the last 2 years.

And then I was sent a message on Facebook. With this link to a site I unfortunately know about more then I prefer too. A site run by very real neo-nazis. I just wish she told me why she goes on sites like that.