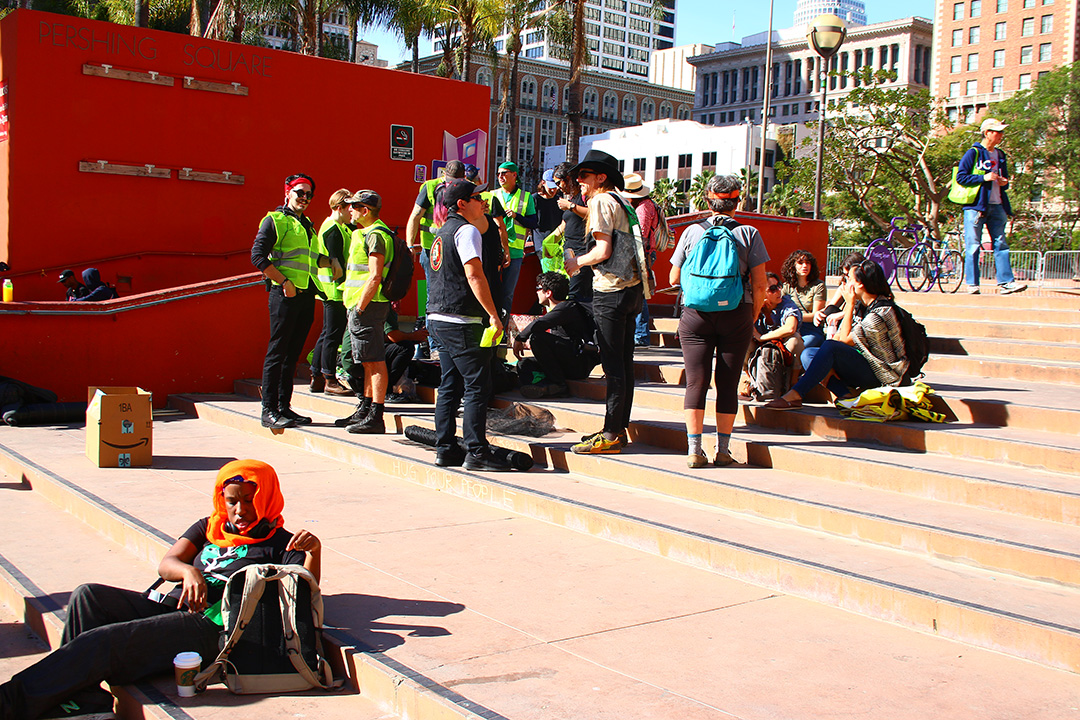 Is small and on the street corner. I was over by Pershing Square and saw this small group of people doing some kind of rally. Seem like more far left wing people.

I was talking to one guy and telling him how I’ve tricked some people to condemn a quote from Adam Smith, the father of capitalism, talking about how the rich should contribute to the expense and been called a socialist because of it. Then ask them why they hate capitalism. He enjoyed that.