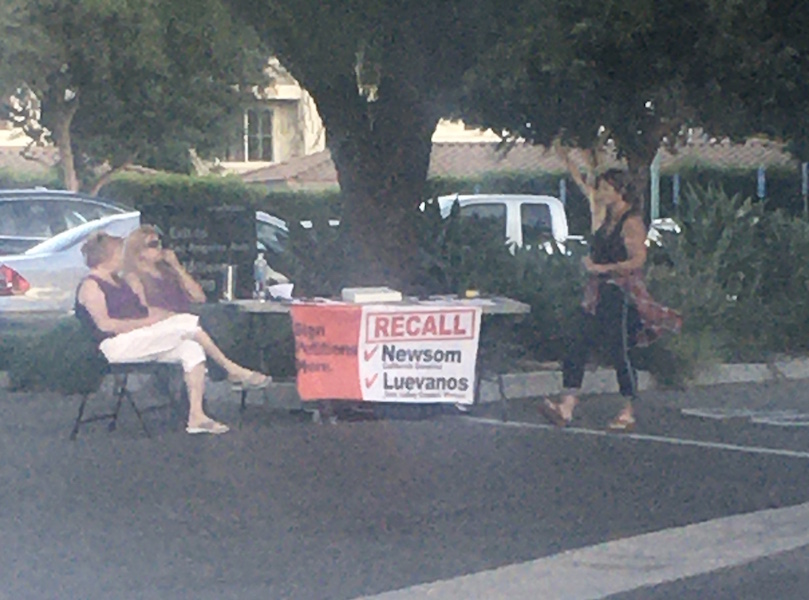 Do you people remember at all the mess that happened the last time we had a recall election? And it was completely because of one guy, Darrell Issa. He ran for governor of California but lost the republican primary election, then the guy to win that, Bill Simon, lost the general to democrat, Gary Davis. I remember not long after that election I found people talking about a recall led by Issa, he decided to lead the charge, all because he just cared about being governor.

Soon after when the recall election was made official, Arnold Schwarzenegger announced he would run. The next day, Issa held a press conference, crying, saying he will not run, and it completely had to do with Arnold. He later came out and admitted he made a mistake.

As for these people my best guess is they are anti vaxers, complaining about a law that was passed, they are completely against because of massive misinformation related to their movement. Now, I agree, vaccines aren’t for everyone because there are a small amount of people that can’t get them for medical reasons, and is widely agreed they should be exempt, as the rest of us protect them with our immunizations. I have a couple of friends whose kid got measles because of this careless moment. Their selfishness will ruin lives.