Awhile back after playing warcraft 3 I remember a unit called the crypt fiend, and another type in the game called a nerubian, a centaur like spider people that I thought was an interesting design.

fast forward to sometime late last year I wanted to make my own version using the name “Anansi,” named after the spider in west african folklore who was a trickster. If you like to know more, read here. 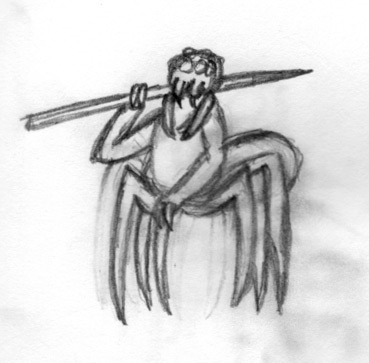