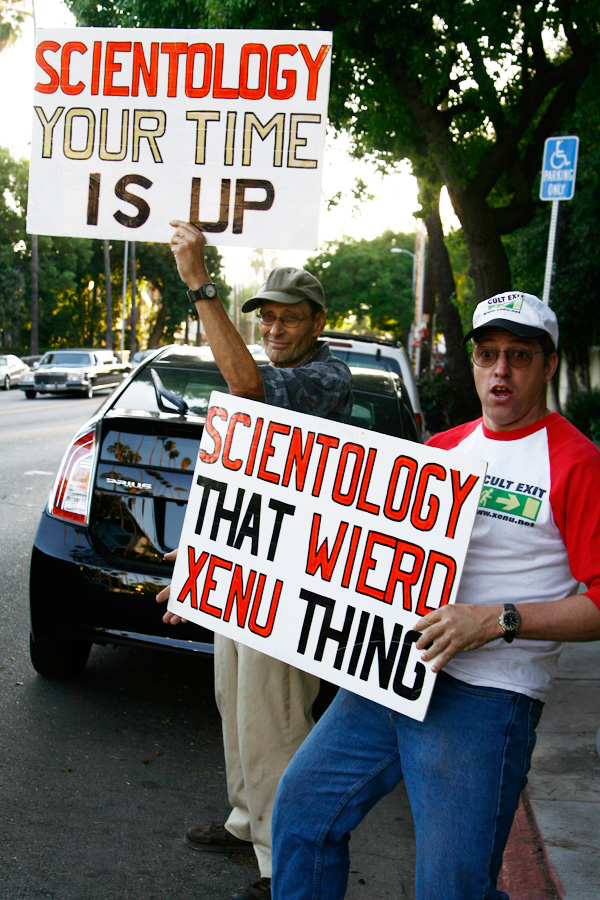 So scientology had there little yearly event kind of late in the month this year. Was a small group of us, some people came by to talk to us asking about whats up and surprisingly no handlers came up to us. thats very strange of them. I guess thats because they know nothing they can do would help.

Wish I got more photos to, I could had, just didn’t, sad. Anywho, here you go. 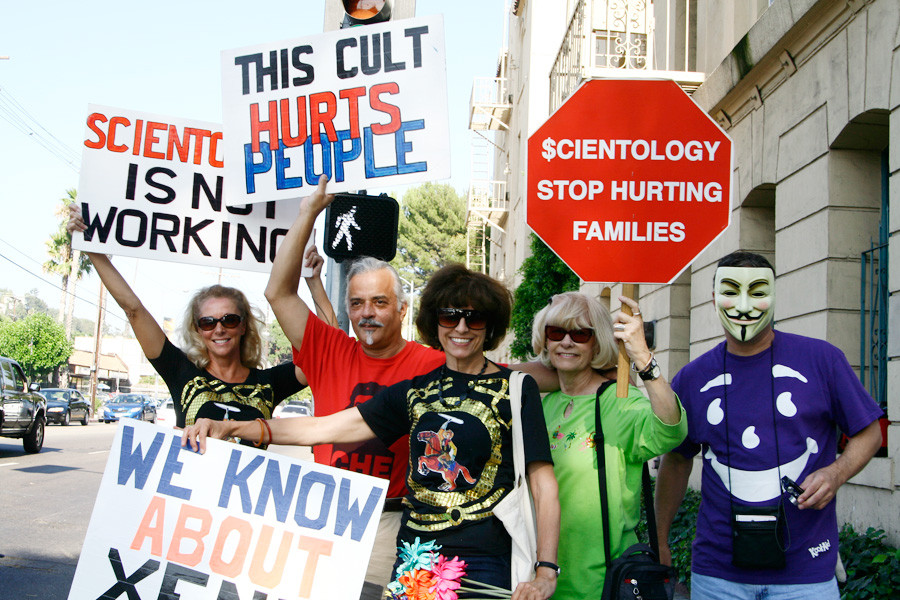 So i was heading to the event not sure if anyone would be there. walked around some of the near by streets and ended up finding everyone and made me feel better knowing the party was being crashed. Walked around, had sign, took some photos, same old, same old.

At one intersection i noticed a camera pointing out to the street recording cars as they go into the event which i believe would be used for promotional videos showing how great they are. So to be highly annoying I stood in place to where it was pointing to hold my sign because that would totally be down stat for them.

During that time i had one scientologist try bagging on me from what i was wearing and how long my hair, is so I asked why he cared about that and kept making lame attempts at insulting me. so i told him he was balding and that i can care less on that so why bug me what what i look like? He also said something about another guy there kidnapping a girl which sounds bogus because they are known to make stuff up.

the kicker of it all was when i asked about Jan Eastgate and why she was arrested. He said i was full of crap and lying. to bad it was in the news all over down there. Then i told him it was for the cover up of the sexual assault of a 11 year old girl and started called me a potty mouth and threatened to call the cops on me. I told him to cry more and called him a baby. Idiot, scare tactics don’t work on me.

and last thing to happened (that i missed out on) was one of the protesters was arrested. he was recording something going on and one of the cops pushes him some, other guy, says “fuck you” which might not have been the best thing to say and cop pushes him even harder making it so he could of been hit by a car and gets arrested there.

welcome to the party