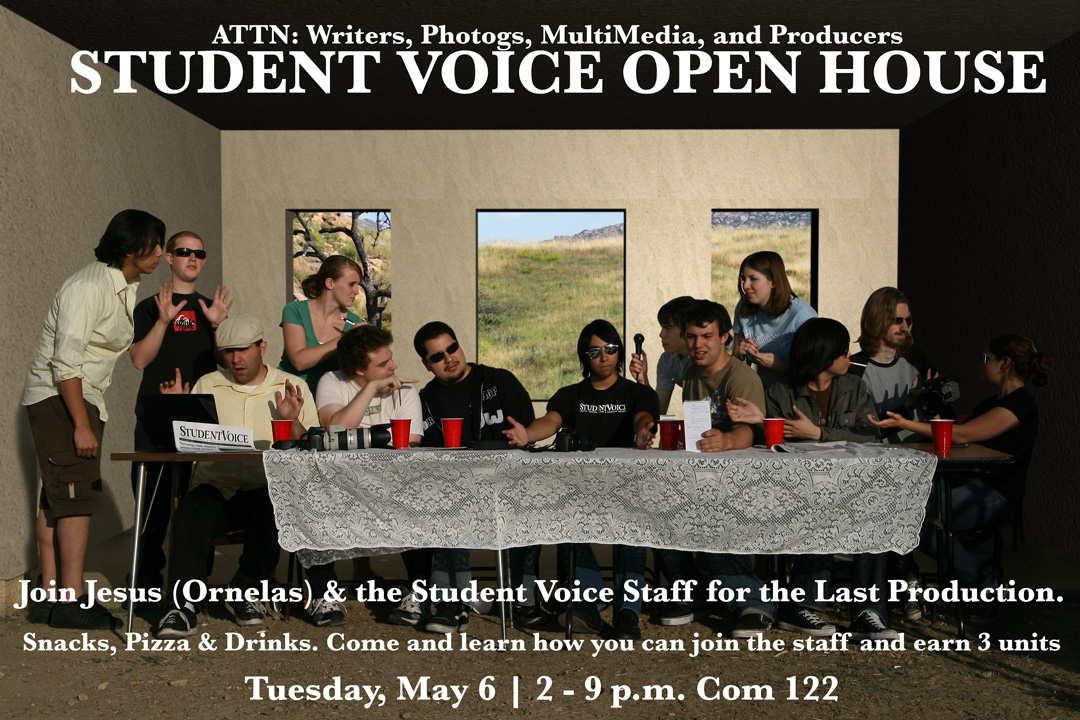 It is rare when I have the chance make a photoshopping so massive and epic, and this was one of them. When I was in the journalism class at my college, one of the other schools, Cerritos, liked to send us a copy of their paper, Talon Marks every week. We liked to make fun of it a lot, mainly because their images and whole design looked like crap. 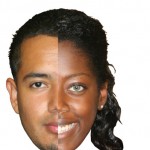 And then they sent us a paper with the image seen to the right, on the front of it. No, I don’t blame you for crying. Now if it was up to me I would have done something else completely and maybe not of needed photoshop. I mean really, who mades stuff like this and says it’s cool? and to think this school get awards to. 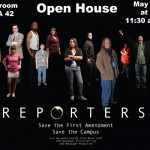 Then on the back of the paper we see this in-house ad seen on the left side of this paragraph taking an idea from the show Heroes and we start to think of making our own ad. One guy had the idea of the last supper, but call it The Last Production. I almost became Jesus because of how long my hair was, but we also had a guy named Jesus so that works better. So Pretty much what we did was get as many people that was on staff for the class we could and set up our shoot. Sadly some people were in no way available due to the fact they were in other classes they happened to of been in at the time.

Set it all up, took the photo, put in photoshop, created new background in 3D, all me. We didn’t use my camera, in fact mine is in the shot with the giant lens hooked on it. We used another one from one of the guys on staff, and this is what came out… epic.