yeah, thats it, I’m not kidding. 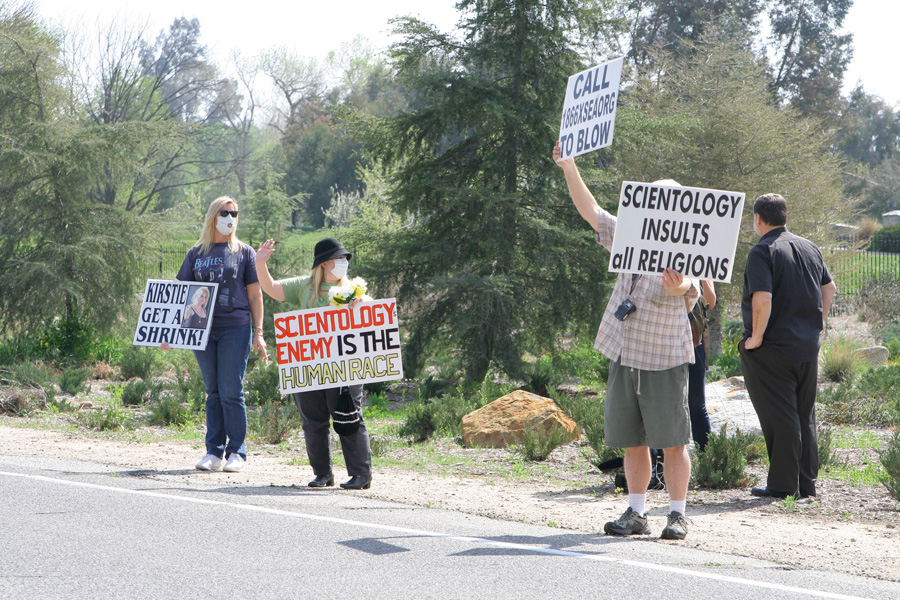 So on saturday we went to gold base out in riverside county which is the 100th birthday of Hubbard himself (really the next day was) but protest was in honor of a much greater person, Ida Camburn. She was one of scientology’s earliest critics and lost her son to the cult after he had joined in due to their disconnection policy. Along with protesting she would also write to elected officials in hopes they can help out in her plight. One person that responded was Congressman Leo J. Ryan who was also very out spoken on scientology but later killed by People’s Temple. Ida made a promise to Ryan that she would keep fighting them for as long as she can, and I along with many other are willing to keep up the fight… for justice and everyone scientology was willing to attack and destroy.

don’t worry Ida, We got this.