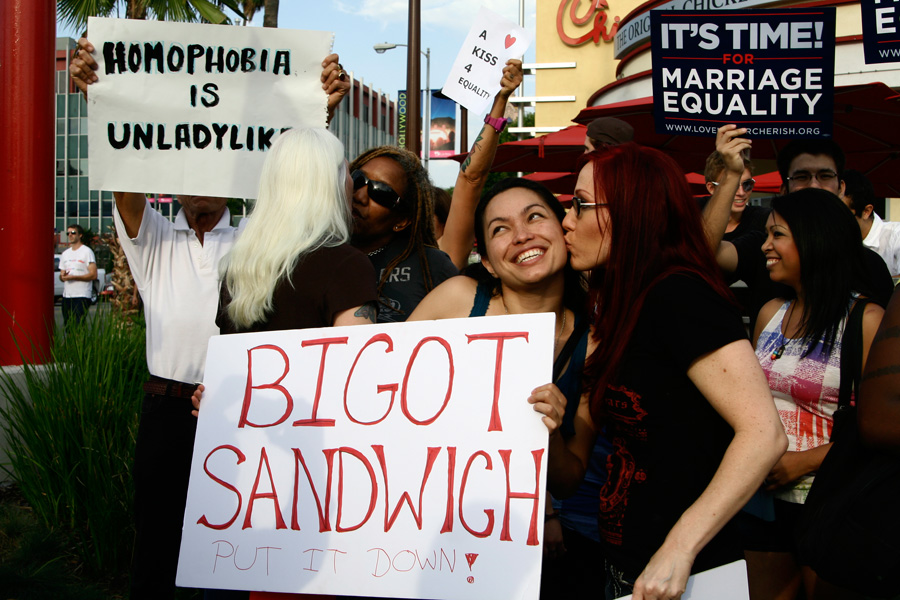 Alright, so I headed down to Hollywood to get some photos of the kiss in that was scheduled to 5, and I got there about 10 minutes before seeing people with their signs. I hung around, talked to people and it seems they where there for a while. One person told me people started showing up after 1 in the afternoon. A couple of debates on the issue started but over all most people were cool. Also some of the employees came out at least once that I know of an offered water to the people out side, nice little jester to show they themselves mean well. But I also heard some guy walked by and either attacked someone or spit on them, not sure which. And I heard some fundies went to the northridge restaurant, I guess they knew to avoid me. Anywho, more photos can be found here.

This should happen more

To lazy to make something or post a photo for now, so here is a video on the Chick-Fil-A mess.