as I’m sure everyone has heard the great news about bin laden last night. But really, this was a man that while all is devoted followers are out fighting and dying for him, he is living it up in a mansion and i’m sure living the good life. and to make it better, from what i understand before he was killed the crowd used a women that happened to be there as a human shield. So many willing followers ready to fight and die for a cause he gave them but fears death himself. FUCK YOU BIN LADEN! I hope there really is a hell, because i know you would be there.

and if any of you saw the first drawing i did before of this here… I now have an update. do i want to do anymore to it? maybe, we’ll see 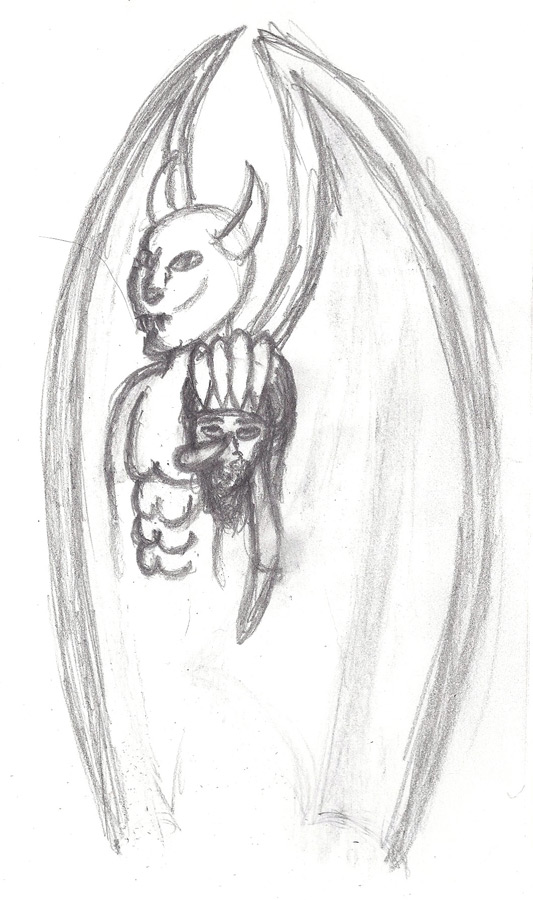 I would have to say there are two eras to my work. The classic era where I was mainly known as sirevil starting in 2001 I think, and I would say ended in right around when I got my SLR right at the end of 2005.

Before then I was photoshopping a lot of photos I would find here and there on the internet, but now and then I would mess with something from a camera I had at the time or draw something. This I made back in 2002, a year after 9/11 happened. I remember having a lot of trouble at the time trying to figure out a nose a draw. and someone I knew at the time gave me the idea to look for demon faces and draw off of that. 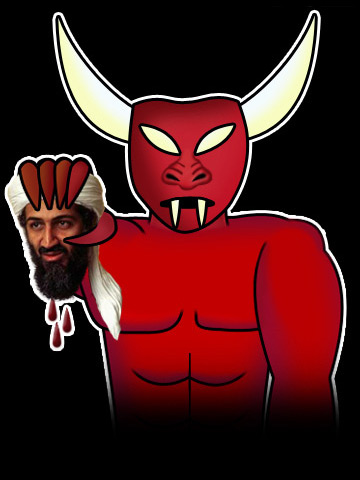