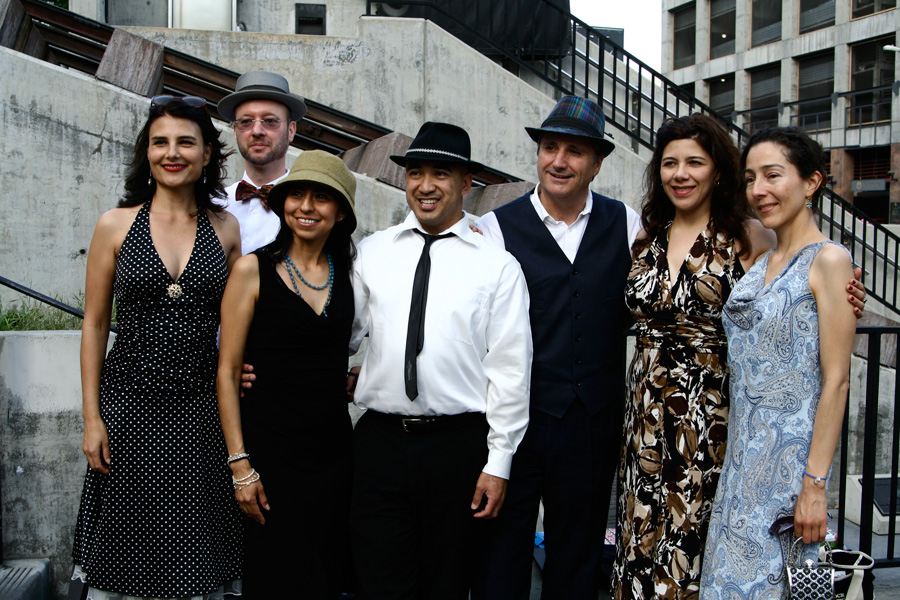 LA Dapper Day on the Subway ’12

And now to tell the story. The day started off with everyone meeting at the Hollywood and Vine red line station but because the train I was on decided to sit at one stop a few minutes longer then it needed to I ended up missing the first meet up. But with luck I got to see everyone at the first location we where going to on the subway, Barnsdall Park where we could see the Barnsdall Art Park and/or Hollyhock House. We hung around there for a good while, talked, took photos and such.

The next location was Olvera Street where Heritage Day was going on. They always seem to have something going on there don’t they? Where we got some food then across the street to Union Station where we got some drinks, hung more, and took a group photo of the lot of us together. After that we went on the subway again going to Angels Flight, the worlds shortest rail line in the world and learned the history of the area.

Last thing of the day was Chinatown, first taking the red line to union then the gold. Those of us left went to a restaurant, ate more and hung in the area to maybe do some shopping. I ended up taking off during that. It was a long day but fun, would do again.

Also I found some scientologists on the subway during the event. Looks like I need to make some cards linking to clambake. And now all scientologist that ride the subway are going to be briefed on me on who to look out for when talking to people because I’m sure they check the site all the time. Unless they don’t care about me anymore which would be sad.