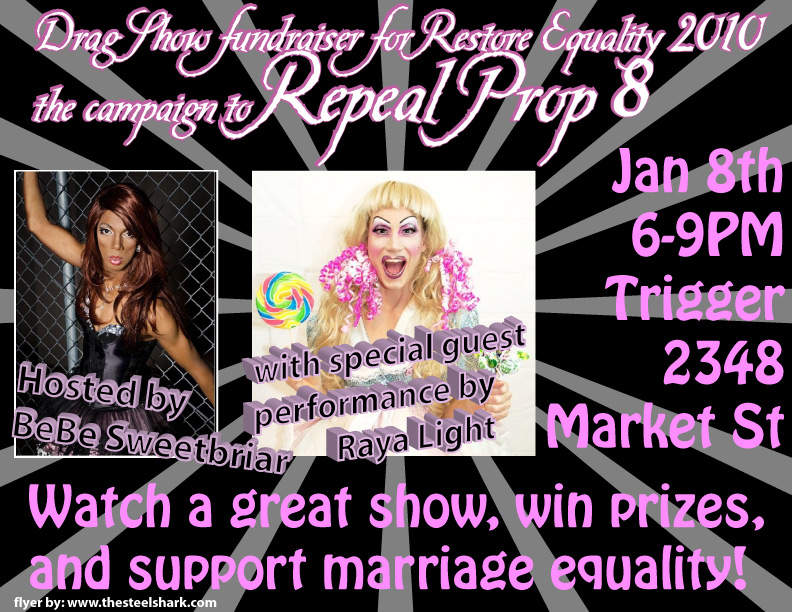 So sometime really early last year a friend of mine linked me to this site saying “hey this guy is doing a shirt design contest, got something cool?” and of course I did and mine won… massively.

So a few days ago the guy from the site messaged me again asking if I can make a flyer for this event going on in San Francisco and I figured why not, never make a club event flyer before but sure I can pull it off. The purposes of the show is to help rise money in overturning Prop 8 here in California. In which I really don’t think it should have never been voted on, thats just really taking rights away from people. It’s like “oh my god, two dudes or chicks are marring each other, the world is going to end.” I don’t plan on getting married myself ever but if some other couple wants to why should I stop them? It’s something they want to do and I can’t see how its hurting anyone.

But anywho this was an interesting experiment for me, I make a few other things for it but ended up not getting put in the final version because I guess it wasn’t very fitting. oh well, I might post them up later as stand alone images. and now I have other strange ideas to experiment.

UPDATE: had no address to the place so I messaged the guy again, sent me the info and added it in. yay! 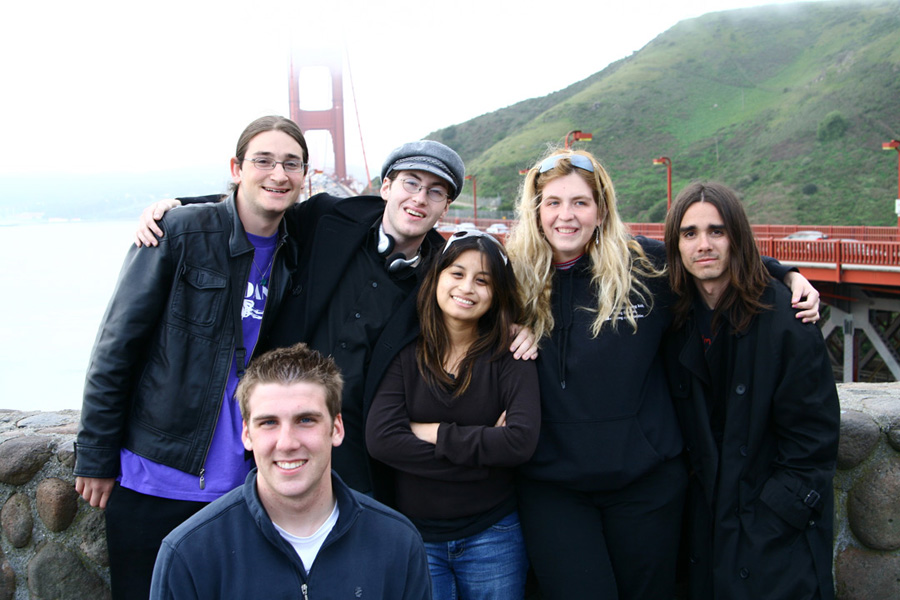 Incase you are wondering why so many groups of photos together, is because I have a lot of stuff that I have done and places I been to where I took a lot of photos.

this was from my spring break trip last year up in the bay area in california. I’m a LA guy but I still like it up there and think its a nice place to visit once in a while