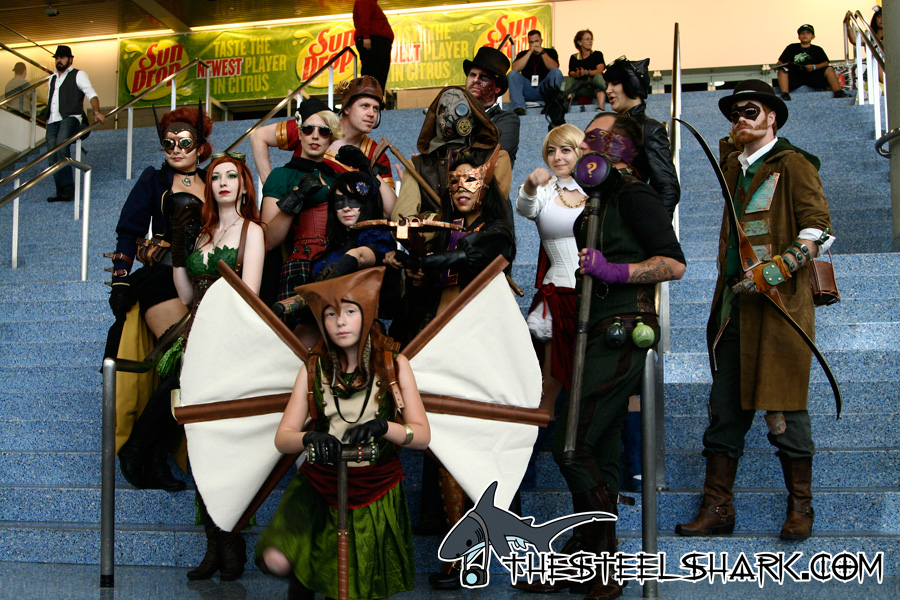 So here they are, photos from the second and last day, took more this time around. How the day started off this time was I went up to the press booth and let them know that I had emailed them a few times asking about getting a press or pro pass but never heard from them. So they asked me a few questions and if I had a card just to make sure I was legit and got what I was after. Now, a long with taking more photos I really roamed around the exhibit hall a lot more and talked to the artists, actors, writers, vendors and such.

For example I saw The League of S.T.E.A.M. guys again from when I saw them at Comic Con in which I still haven’t seen the videos on the site but I should because it has one of the writers from Batman Beyond and Justice League, and I enjoyed those shows a lot. I also ran into someone I knew in Moorpark awhile back in the artist ally, selling some of her drawings and such which I’m not sure I’ve seen any of her work before till last weekend. I would say it’s all good. And there was Steven E. Gordon whose done work on X-Men: Evolution and long with a few other shows and movies I liked only to later find out he worked on a lot more stuff I liked. And lot of good art on his site along with some neat drawing tricks. And last I found this booth with fossils and replica of different animals like a Smilodon skull and Megalodon Tooth to help promote Jurassic Con and the Cooper Center Paleontology Lab. Come on, I like that kind of stuff to.

You know what, I had a lot more fun then I expected I would.