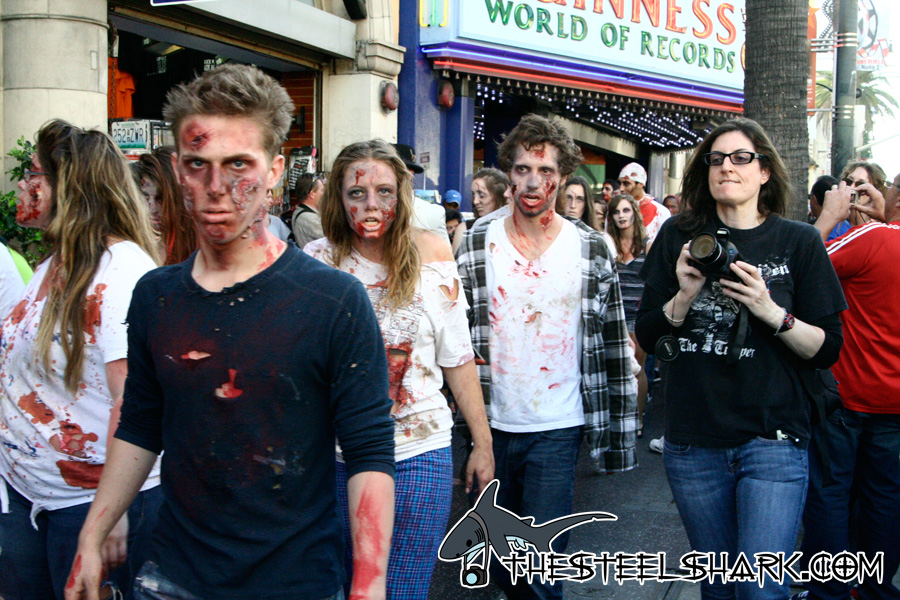 Not much to describe on what happened during the event. Went to the North Hollywood station, got there at about 3:30 where some people have already gathered and doing the finishing touches with blood and make-up. So during the time being the forces continued to gather around the station and at 4:50 we all went underground to take the subway to Hollywood and Highland. After dropping off we all went up stairs and started walking towards Vine, then we just walked back over to Highland. Thats it really. Oh, and we scared a bunch of people and give them some good laughs.

So many zombies, and me without my swords.