Tagged: you mocked up your own past lives 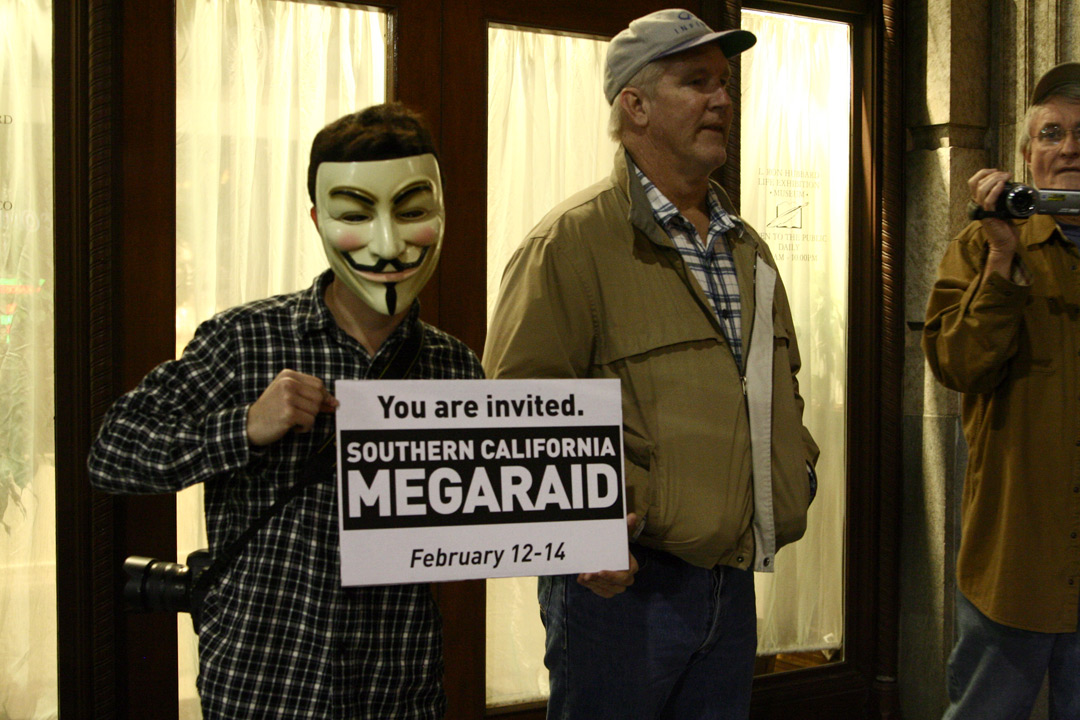 The new year gives new possibilities, and for scientology more acts of them showing how damaged they are. Just on raid day alone, started off in australia with one of them spitting on a protester, grabbing another and trying to kiss him, and takes the phone out of the hands of another protester. Else where not much seemed to happen other then partying. Here in LA we had a nice group going on, and later that night the handlers finally come out. Its nice to know scientologist view anyone critical of them as nazis, bigots, and like the KKK. What makes that funny is we aren’t the ones that have big theatrical events, think they are better then everyone else, and use intimidation tactics. It is true that you have to be insane if you decide to stand up against them due to very well known and cruel tactics they use on people, but hey someone has to stand up to them.

and besides, sanity is over rated anyways