And YOU Get A Callout…

It’s amazing how some people believe themselves to be some kind of champion of truth and freedom. Yet when they come across fact checked info that completely goes against their narrative they have to censor it.

I’ve known about this Norman Thomas guy for years, and I found the quote given in the image, he never said that. But I have found that he often talked about both major parties, democrat and republican, have adopted elements of the socialist party platform. Some being social security, medicare, and our highway system.

Plus these so called capitalist don’t seem to understand how much capitalism and socialism have in common with each other. Far more then we were all lead to believe. 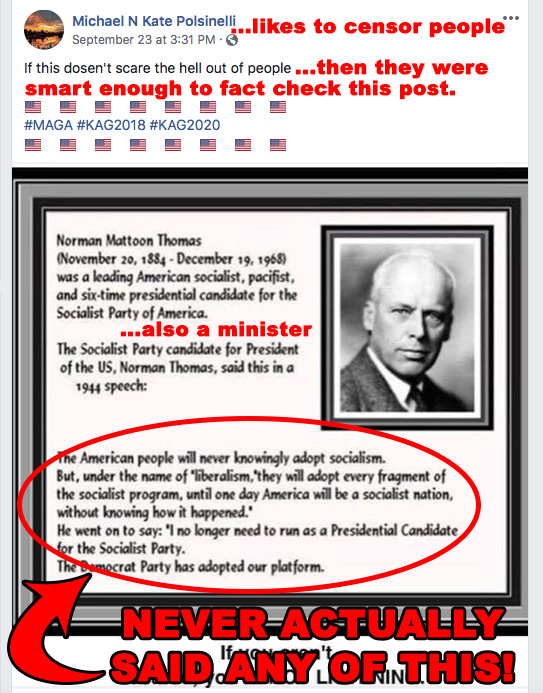