I’ve been a critic of scientology for many years. I’ve met a number of former members who have spoken of some horror stories of happenings from within the organization, including that of women being coerced into having an abortion. Meanwhile Joy Villa, who is a scientologist decided to wear this dress at the Grammy awards last night. Seems she is trying really hard to get right with the Trump support base. Could this be a scientology ploy? They do make efforts to get in the good graces of officials from both major parties in the US. Peoples Temple did the something, and they ended up assassinating a Congressman.

So I question, What are you up to Scientology? 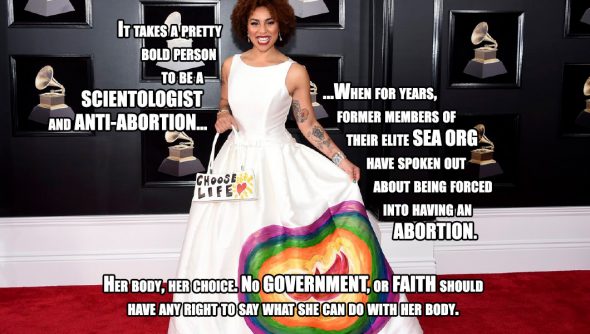