Can you be any more of a jerk?

We all know of this situation going on right now, especially after the attack in Paris. There has been news about a refugee crisis coming out of Syria for awhile, and I learned about it earlier this year after the story of a small kid was washed up on a beach. This is a problem I do believe we are in part the reason of happening. Sadly, there is all kind of fear mongering happening again of people trying to leave their homeland that has been demolished and just want to have a better life else where, to be happy.

I’ve heard talk of some people saying they should go back to where they come from, where there is nothing. They should stay and fight back, when they are being attack from all angles. People saying we should help our own before anyone else when they seem like they are just talk. Nothing will change. 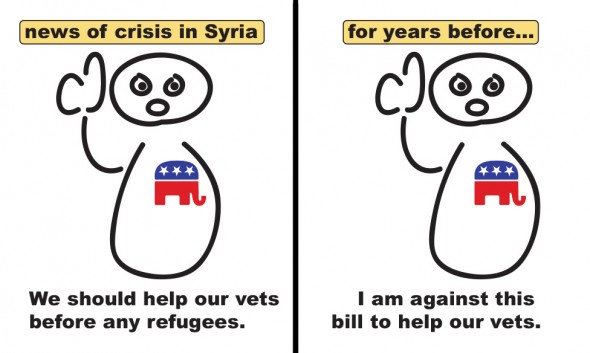