Last night a friend had a comedy show at The Virgil, and there was a Price is Right theme going on with it. The crowd really got into the act as if we were on the show itself, but an HBO version because there is swearing and guys being objectified for comedy reasons. It was a lot of fun, I got a name tag, and won a candle and this water gun. Never knew anything like that existed but sure, I’ll play with it some how. I didn’t think I was going to win anything, let along be called up on stage. Sure glad I went out for that last night. 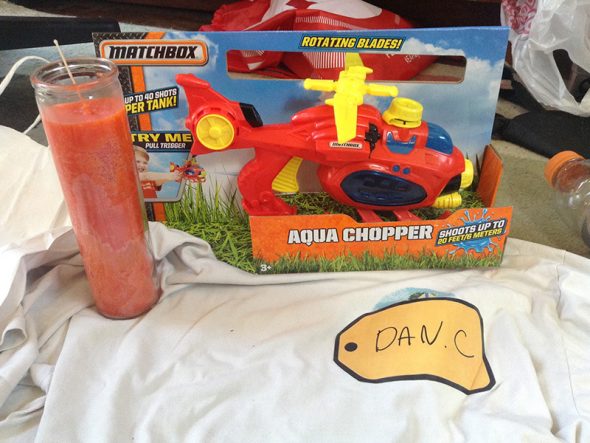