It is highly annoying that so many people in the tea party do nothing but call everyone nazis, communist, and other stupid crap and I became sick of it a long time ago and just want it to end. Then you have this beauty which would offend them so much because they claim they are for lesser government but at the same time want laws to ban gay marriage (which i’m sure they’ll move on to ban homosexuality to) and abortions just to name a few things. Sad knowing this. 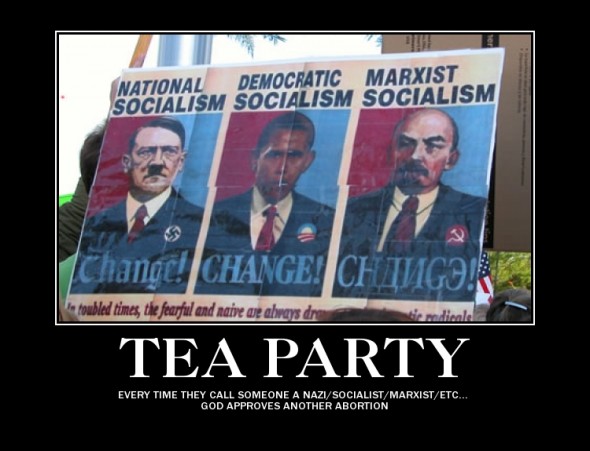