I’m seeing more and more stories of what is known as the alt-right movement giving praise to Donald Trump. All the behavioral patterns I keep seeing show signs of fascist ideologies. I’ve seen groups like the KKK, neo-nazis, and even holocaust deniers show support to trump. I once came across a quote from a guy who said “When and if fascism comes to America it will not be labeled “made in Germany”; it will not be marked with a swastika; it will not even be called fascism; it will be called, of course, “Americanism.””

This was said back in the 1930’s, and it did exactly that with a group known as the German American Bund. We are watching this rise once again, calling themselves patriots, and welcoming the concept of nationalism. This is going to be a very strange four years. 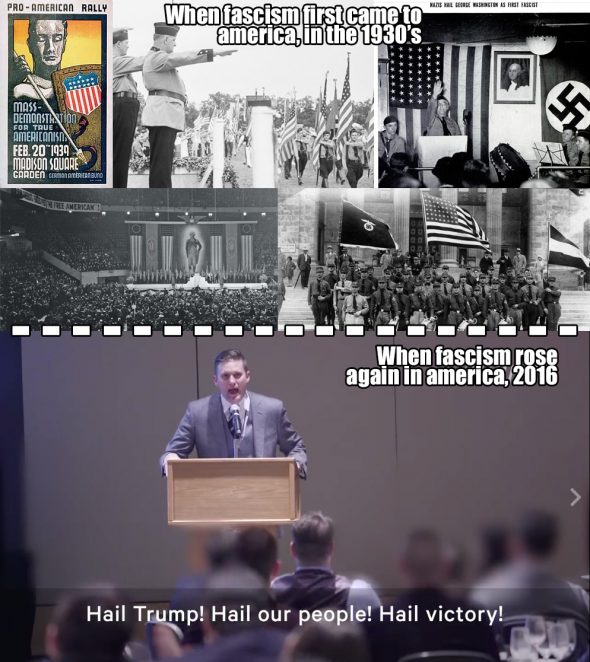