How Many People do This?

I know there has to be some of those our there who do such thing. Now, I’m not knocking on Beyonce because there is some stuff of hers I did like. I remember last year hearing about the mess at the Grammy’s where some people said her album should of won over Beck’s. Now, at that time I decided to listen to both albums and I have to say, what Beck did was boring. I don’t understand how any one could of enjoyed that. Personally I thought the only track of any worth was the intro because to me it sounded like a sunrise, then fell to crap right immediately.

The Beyonce album didn’t get me much but I did find two songs on there I kind of liked. Thought I’ve been told to listen to the Sam Smith album to because from what I understand that was pretty good to. Not sure I’ll ever do that chance but oh well. 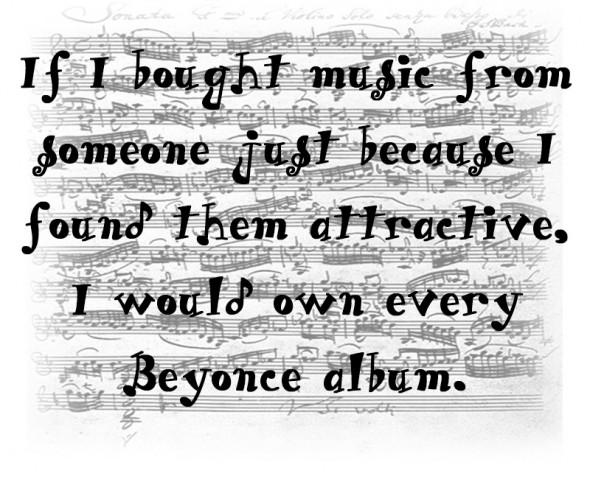