I can Deal with That

Honestly, I felt more connected with Sanders. Maybe it was because how I felt a bit uncomfortable with Hillary and her connections to major financial institutions. But thinking about it as time went on, I do believe she is the best person for the job. Plus, I like how sanders really started something with so many people, and I believe he’s been an influence on her. I also believe he’s going to have a very important role to play once again after the election.

I also have some predictions of what could happen after the election.
On a Hillary win: She will make efforts to work with others. It’s known she has many times in the past, even with those with different political views. Help fight for equal rights for everyone, and make improvements in programs already in place. But, there is also the possibly in an increase in militia groups, being formed out of paranoia of supposed rights being taken away. I’m basing this claim off chatter that I’ve come across and that after Obama came into office there was also a jump in new hate groups and memberships of those already existing because of baseless claims that within an 8 year time period, never happened.

On a Trump win: The guy has been shown to be a pathological liar. I don’t think he is going to keep most of the promises he’s made, that wall isn’t happening. There will be an increase in harassment and hate crimes against minorities, which is what happened after the Brexit was voted in. Protests and possible riots from anti-trump demonstrators who believe he will ruin things. I do remember there were protests and fights breaking out on W. Bush’s inauguration back in 2001, which leads me to believe it can happen again here. And because of my doubts that Trump will do anything, it would case outrage from those who supported him causing them to lash out in possibly the wrong places.

All we can do is just wait and watch, but I really hope everything goes right. 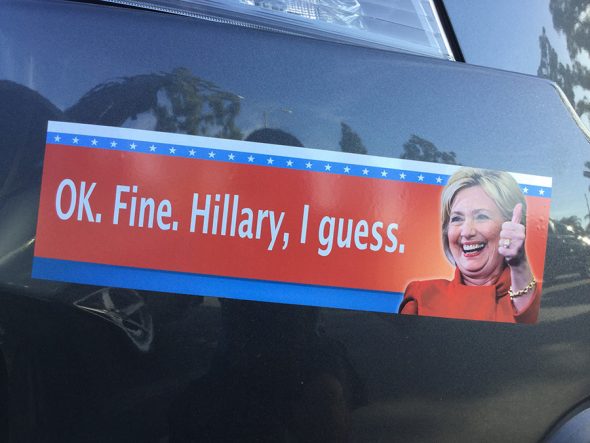