I can not express this enough…

I hear all kinds of claims about all kinds of people. All it does is fuel hatred and some people don’t even take the time to confirm it. Things like the muslim prayer curtains, which is outright bogus. And another about one of Mitt Romney’s sons that I heard about in 2012 which didn’t sound right to me. No, I don’t agree with the guy on a number of issues but I do believe in honesty.

Or the claim about Ann Coulter saying she doesn’t think women should have the right to vote. Wait, hold on, I did hear her say that, a few yards in front of me during the debate she was in during Politican. And something about one vote per household. I should know someone with video of that. 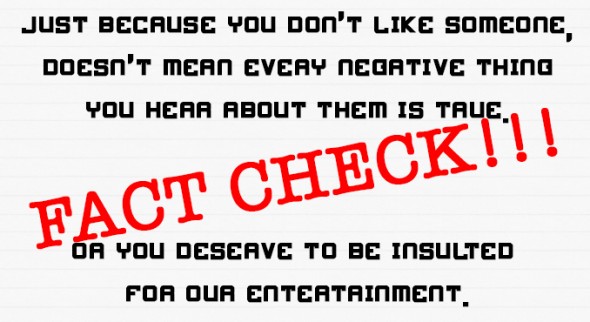