I have content from news pages that I watch on my Facebook feed, and sometimes the subject of religion is talked about on all kinds of stories for no reason what do ever. This happens most on science related stories and it’s really annoying seeing the flood of “evolution is a fairy tale” when, well, doesn’t the bible have stories with talking animals and superheroes? “atheists believe the universe was made from nothing.” when that is in fact the creationist belief. The god that for some reason always existed and created everything out of nothing. Talking about the end times as so many others have for nearly 2,000 years and other nonsensical stuff.

So recently I found some message sent to me in my other box, not sure what was going on I replied back, responded, and this happened. Some people are so silly. 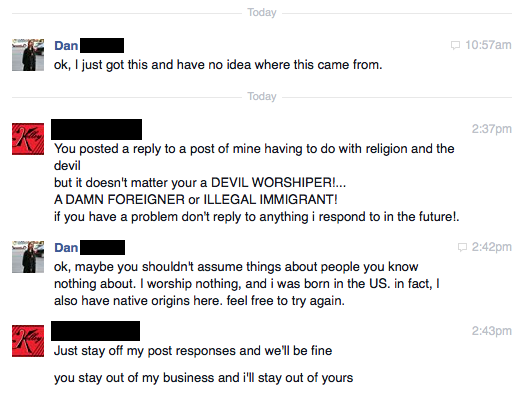