Isn’t that a God Of War Screen Shot?

So I was on my iPad the other day, and I get ads for all kind of stuff on the Facebook app and saw this. Confused I decided to look up screenshots of the real game “Dragon Bane Elite.” Of course the art reminds me of warcraft but I also noticed a guy in one of the real screenshots of the game that looked like Kratos from the game God of War. Honestly I can understand why someone want would to try duplicating the style seen in the warcraft games, because they are popular and who wouldn’t want to get in on that? If I was to make a game like what Blizzard does, yes, I would to also give a cartoonish like feel because I think it gives a more interesting appeal then those that try to be hyper-realistic, but with an art style more of my own. 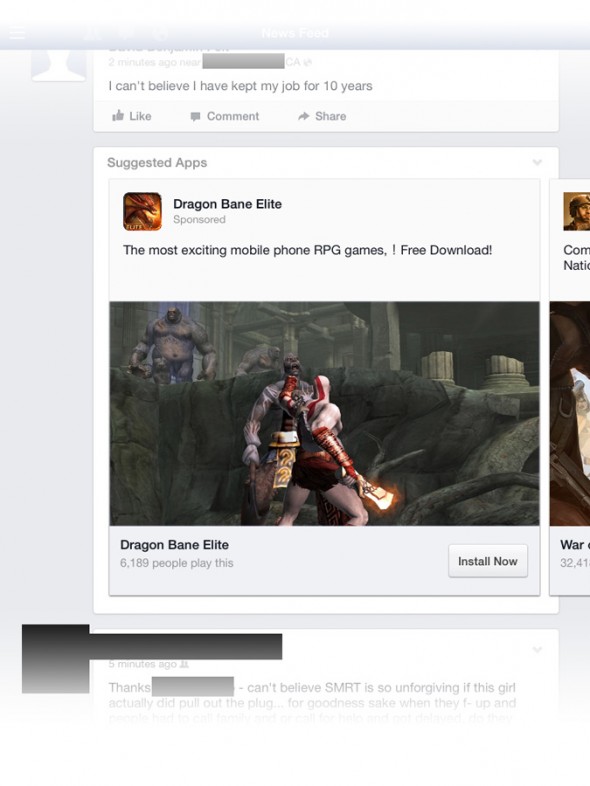