The LA Marathon had just happened this weekend, but before that there were lights set up pointing to the sky for each mile of the route. I was informed the best place to view it was at the Griffith so I went up there. But to do so there was two plans. One driving up, which you would of had the problem of traffic and finding a place to park, and the other being to hike up the hill which will take some time, is up hill, at night, and should be slightly warm still. Turned out the hike was the better idea. For a while I thought I might of been there to late but ended up working out in the end.

Also as you all should know I do have my computer back, but I’m having some other problems and it involves loading photoshop back on. I am using an older version, which I’m fine with and I really don’t want to use Creative Cloud because it’s subscription based. The version I have does what I want still but for some reason won’t install and it seems to have to do with the current OS I have on my computer. I’ll try to figure out a work around. 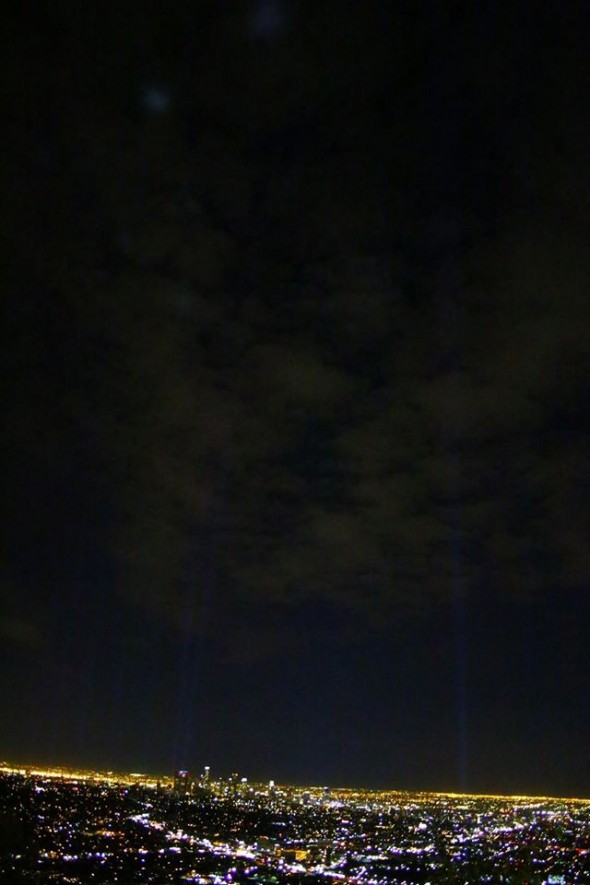