During day 1 of ScareLA, I spent the day with this person that I’ve been talking to and hanging out with a lot for about a month. We’ve been enjoying each others presence and really didn’t want to leave each other at all. I had a wonderful day with her during the convention, and wish she was able to join me during the next day but was unable to attend. A week or two before, there was a question I ask, and as of monday, she officially called me her boyfriend. I had such a massive smile on my face when she called me that.

But before any of that happened, and before we got to the convention center, I saw this mural in downtown, and wanted a photo of her at the wings. Because even thought most people see angels as beings with wings, I also see god like being to have them to. 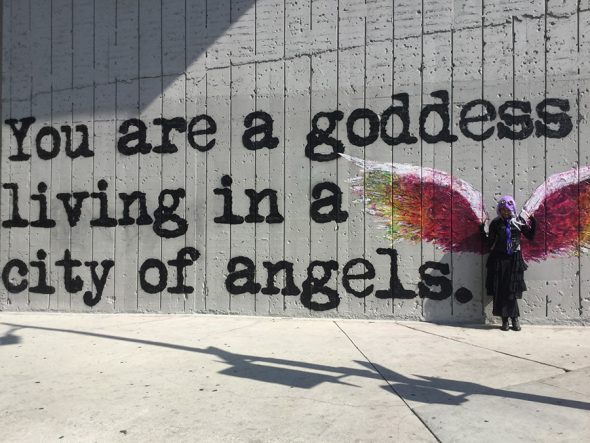