Need to Offend Some How

It’s hard to look at a page for some mainstream news source without people claiming fake news. It can be a story about something at a zoo, and there will still be people saying fake news. Yeah, I’ve seen that. The type of people saying it are what is expected, hardcore Trump supporter. Yeah, I keep seeing that. And what is one thing they freak out about so much? one of them being abortions of course.

I made a post on my FB page kind of joking about that and had some stranger tried insulting me for it. Good times. 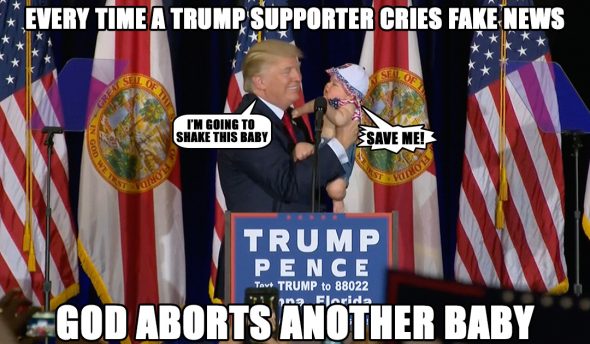