I’m hardly effected by the death of another person. When my grandfather died a few years ago I was like “well, that sucks.” I just don’t feel much really. Now, when it came to old pets of mine, that was something i felt a bit more, especially my last two cats. They died as I held them, and I cried a lot for awhile. But Carrie Fisher, felt kind of hit myself, and the last time I felt something for another person like that was when Robin Williams died.

I knew her most from Star Wars of course, which she was pretty bad ass in, she blasted people, was in your face and would say whatever to everyone in the movies and not care what they think. I haven’t seen much else she was in but realized Fisher was in Austin Powers: International Man of Mystery. Seeing her again in The Force Awakens made me all kinds of happy. Watching her before that on Big Bang Theory was pretty funny. But my favorite moment with her will always been when she was on 30 Rock. Then when she says “help me Liz Lemon, you’re my only hope.” Gold.

And then for her mother to die the next day. Can this year end already? 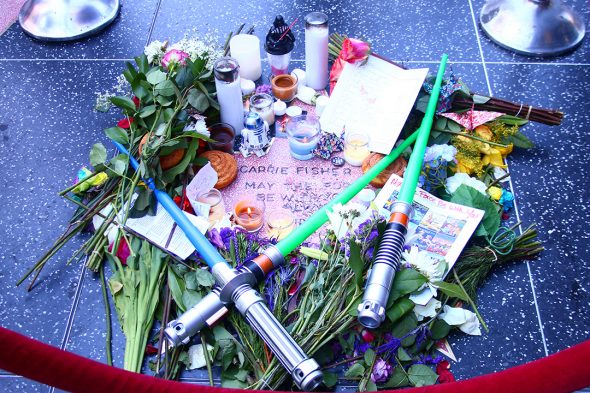