I knew this day to come. Though I never got to meet him, I saw Stan a few times at conventions I’ve been at. I would have liked to have met him briefly just so I can say I did, but in order to do so, you would have to buy a special ticket at some conventions he would appear at. That’s not money I ever had. I know he left behind a grand legacy and created some of the greatest superheroes we all know of, like Spiderman, the X-Men, and Black Panther. And I always thought it was fun to see him making a cameo in a movie or show. The guy loved his fans, which is what I think is the best part of him.

If only I could have met him, but glad I at least got this photo of him from Comikaze back in 2012. That was also the first time I was at that convention. This is the also first time I’m posting this photo online too. You’ll be missed brother. 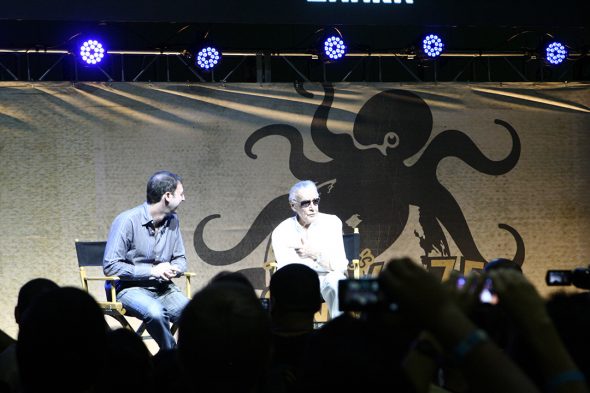