While watching a Full Frontal segment, Samantha Bee called Trump, a Screaming Carrot Demon. I laughed way to hard. The segment had to do with the NRA being not only useless but pricks for not seeming to care about the wrong kind of people having the ability to get a gun. Since then I have been calling Trump, just that and most people seem to like it a lot. Been wanting to draw it out, and I kept on forgetting about it or been up to other things. I also felt like using color pencil so I found my old set of them and had at it. And since Trump likes to insult everyone, while has also demanded apologies from people that do the same to him, why not? 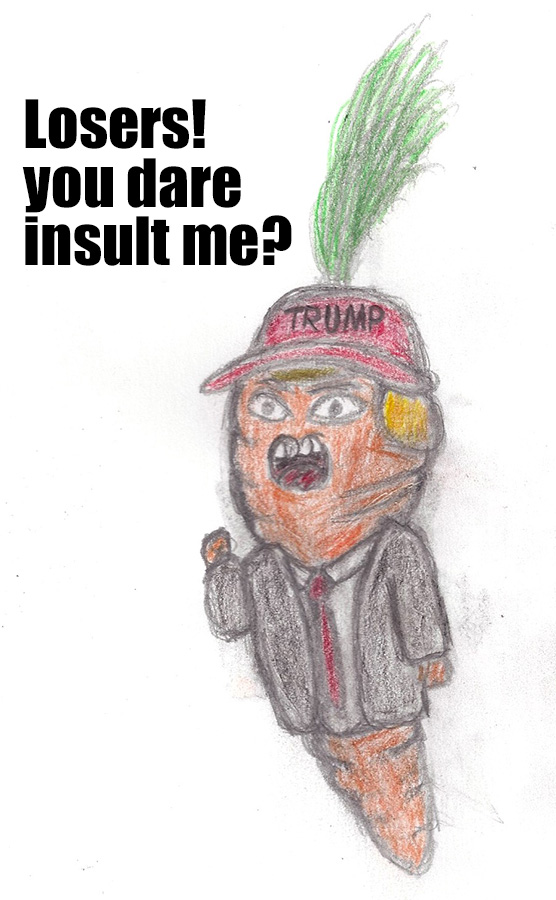