I do remember this kind of talk before the election, and even Trump himself said he will only accept the outcome if he wins. What kind of person says that? I feel bad for the people who voted for him, believe he has them in his best interest when watching his behavior after all this time, and what else I’ve learned about the guy, I really don’t think so. And with the people he is selecting to be in his cabinet this is getting worse then I though. I know he’s talked to Romney, which I really hope that doesn’t happen, because then I will look at that epic meeting we had with sadness. 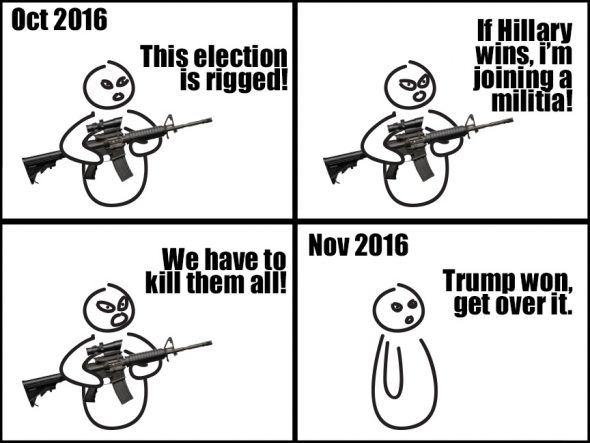