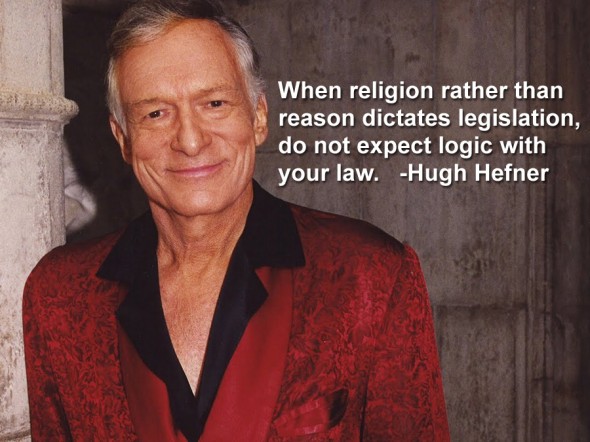 The things I could of though of and made but didn’t like this gem. What is wrong with me? Oh well lets just have ourselves a good laugh anyways. 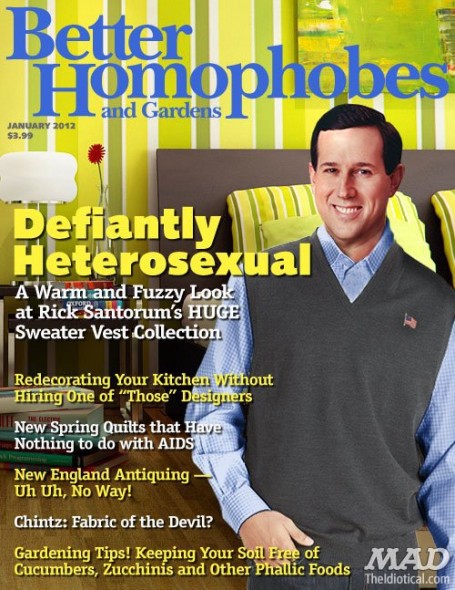 31 Quotes from the Frothman Himself

Yeah, I definitely need to update more often, but I also should with other stuff found online I find entertaining to spread out for the public. Anywho as the actual title of the page says, 31 Rick Santorum Quotes That Prove He Would Be A Destructive President. Just for fun I’ll post one of them. 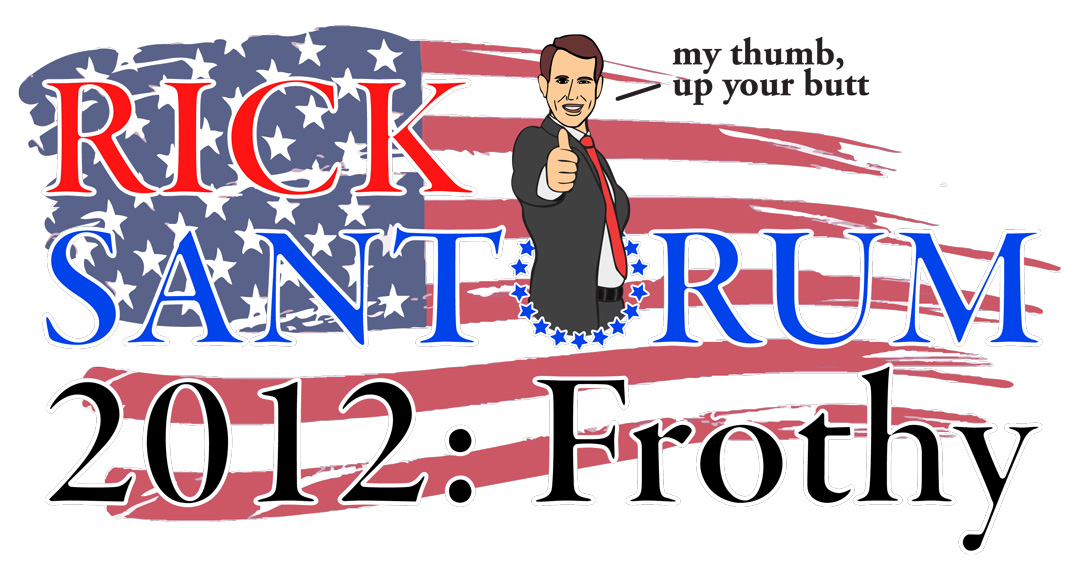 something i’ve been wanting to make and now had the chance to. i hope he likes it.