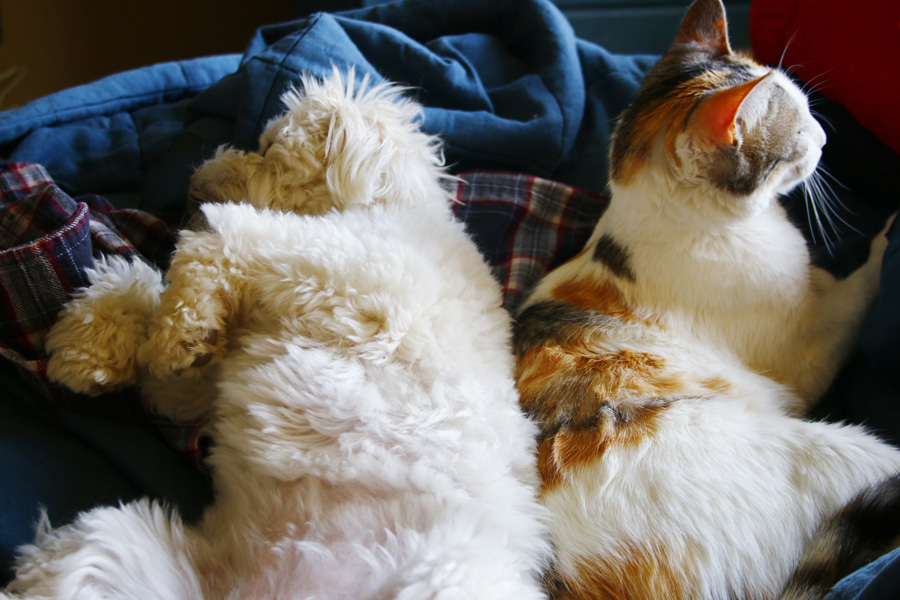 I wake up to This

On some mornings, look up some and there they are, sleeping at my feet. Kind of cute. 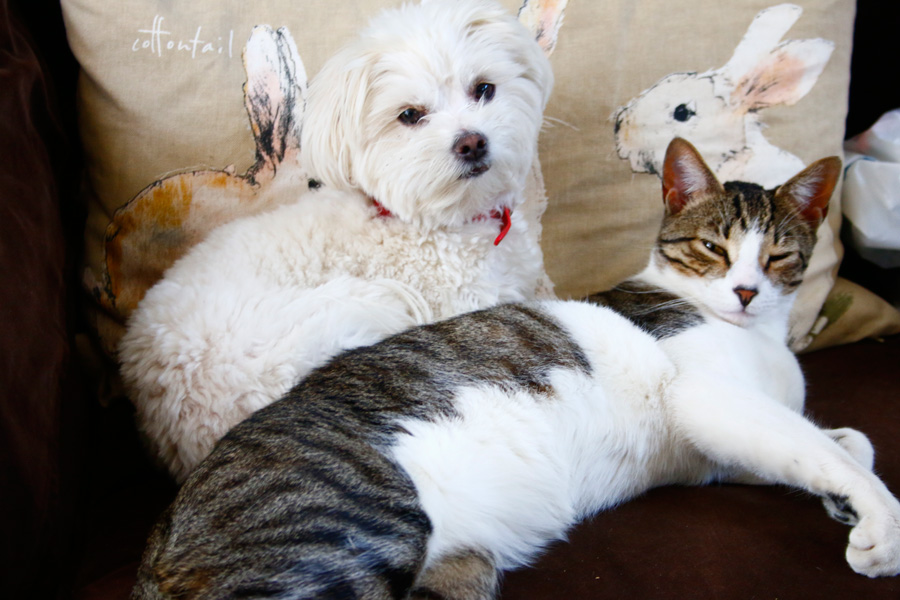 Yeah, my cat sure likes the dogs a lot. She was there already, then he jumps up and lays down in front of the dog. 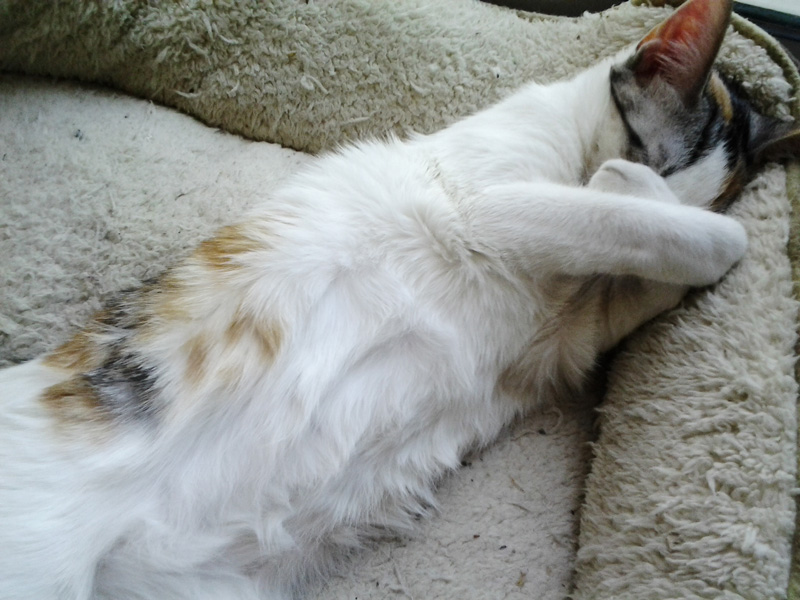 Or, just, sleeping, as always. And being adorable. 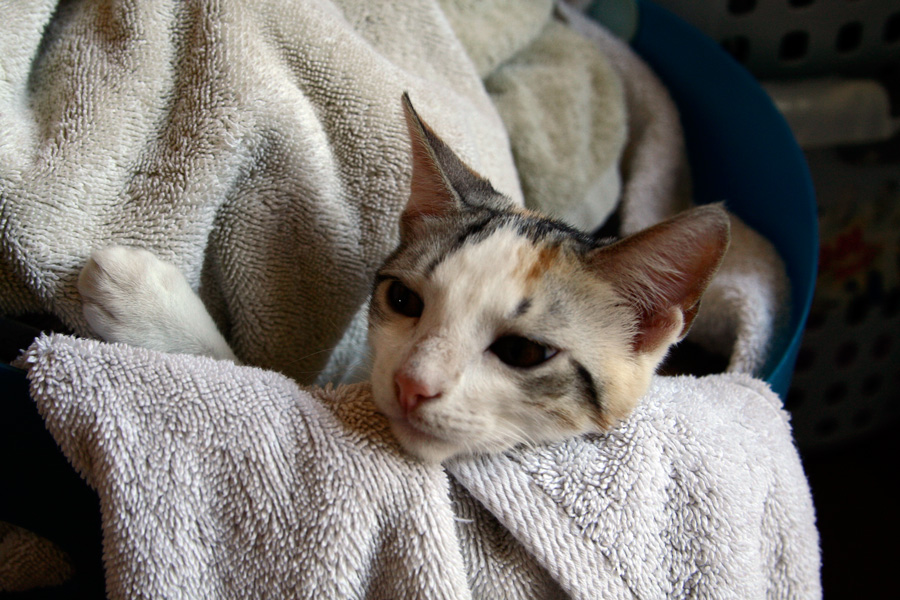 The Places they Sleep

And how they look adorable doing it. 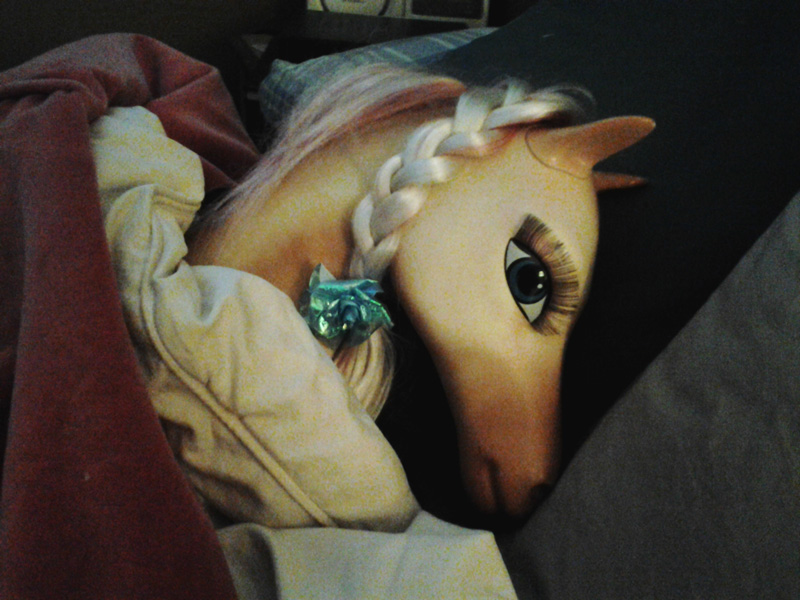 So I woke up to this…

The people I know, to much Godfather…

So I was looking around on google maps awhile ago trying to find a short cut on a route I occasionally walk and came across this. 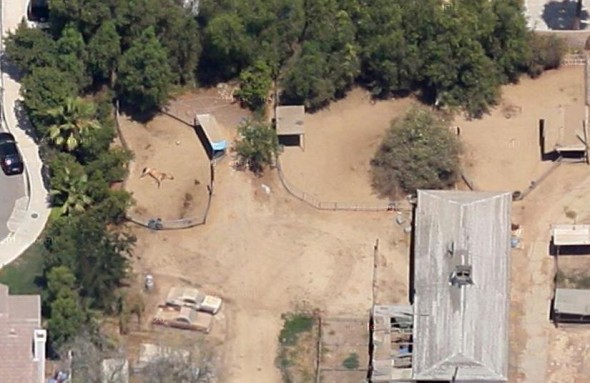 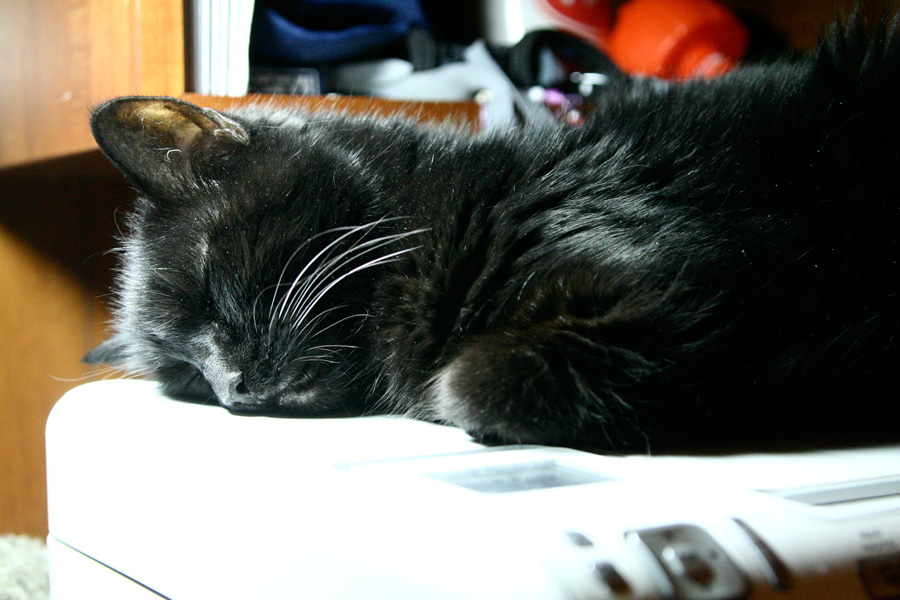 So once again nothing for this week, hate you all. This week, some people don’t know this but we aren’t the only animals that have dreams while we sleep. Watch your dogs or cats carefully while and you get the sense they doing that to. Now my kitty here was sleeping right in front of me and it was cute and she had to of been dreaming about something. What was it? 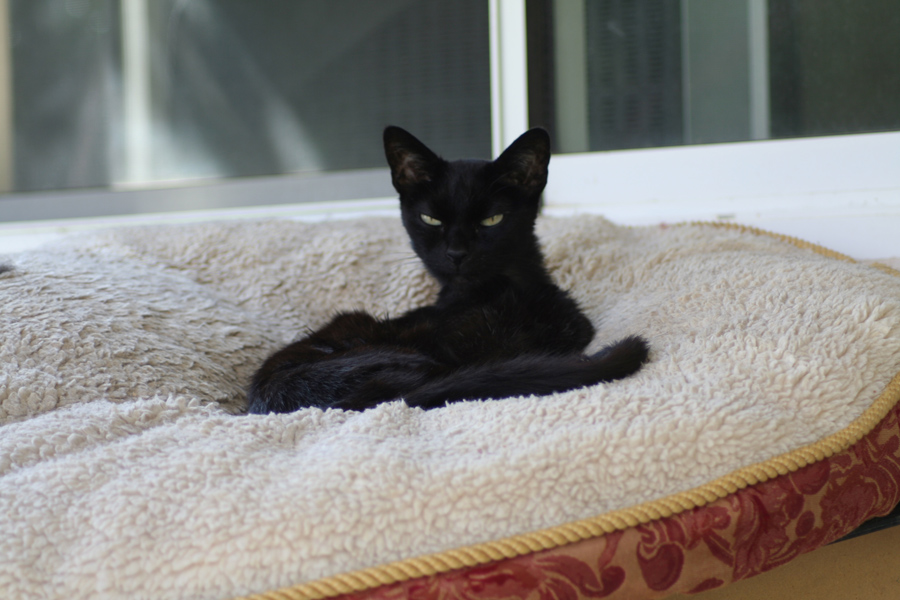 In Memoriam of the Beast

So sadly last week I lost my older cat, Fred, she was 19 years of age and a legend of her time. Born sometime in late may 1991, she was the runt of her litter. As she grew up Fred showed a lot of intelligence and proved herself to be a great huntress. I was given so many presents, murder presents. Not much could get away from her, no, bird, rodent, or lizard around was safe. Fast enough to chase down squirrels, powerful enough to take down crows, this cat was relentless. Quite something for the runt of her litter.

Yet at the same time she was very sweet, she liked people a lot, more so if you had food on you. She often liked to sleep on a persons lap or right next to them. She would also come up to me at times, and start rubbing her head on me, it was always weird feeling a tooth go across my face as she was did that, but at least you knew how she felt about you.

As time went on she lost the dog she spent the first 3 and a half years of her life with, that dog did a good job in protecting her when she did. Later in july ’04 the cat she had also spent her life with had died, and went in a depression. Soon after she started hanging around the other cat we also had more often, a cat she did not like at first when we first bought her home, Fred even refused to eat from the same plate as her. Also in 2000 my sister had a baby, Fred really wasn’t sure of what to make of this new being, just run away as she came up to her. over time she was warming up to the kid and found herself liking her, likely because she was a warm body.

But in the last few months we had noticed she was slowly loosing weight and having some trouble walking, had age finally caught up to her? I did everything i could to help her, soon enough she could not walk very far on her own and needed help standing up. But then on August 26th, just before 5, she had fallen. Fred was at home with me, I held her as she did as i tried to save her.

In the end I’m proud of her, she fought on and proved that even the little guy can be a force of true power. I learned a lot from this cat just by watching her, and i will miss her. Now, you must honor Fred by having a bag of chips, she loved doritos most.

now behold the BEAST in her glory 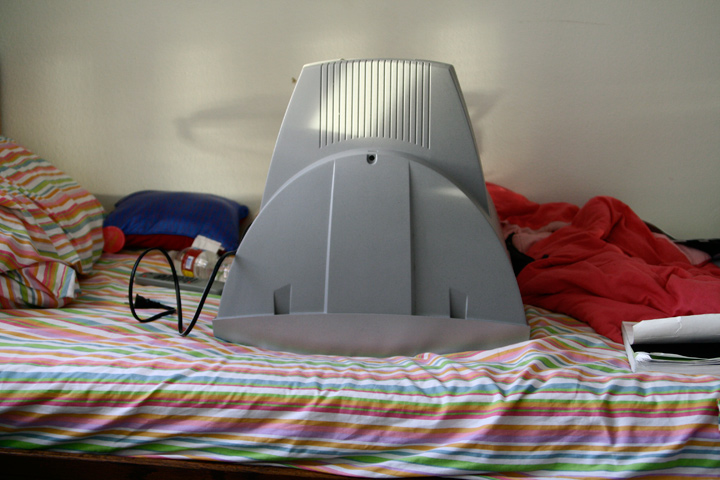 I know, last weeks photo was lame, but was hoping to see some good stuff. but on to who I pick as the best caption for the week, so I’m going with aaron with

hella? what is he from northern california? oh well, this week… how did this come to happen or other funny caption you have in mind.

Hanging on the Stairs

my cat is very lazy, and at the same time I always seem to get great photos of her. 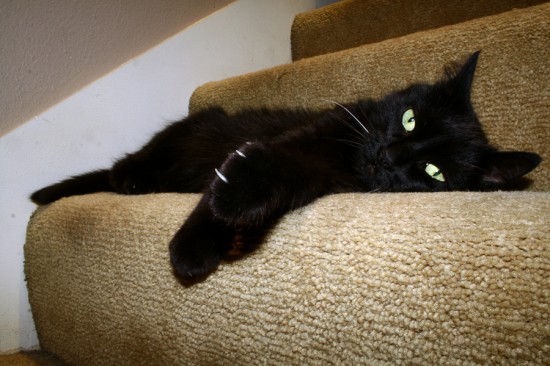