Then I hear a Name

This was while I was at the beach saturday, nearby there was an event being held by a group involved with something known as National Animal Rights Day. While that was going on, I hear a name that I know well, from over 300 feet away over the speakers of a local spoken word poet. I walked over and there he is. I got a few quick shots and after he was done I came back and talked to him of a bit.

It’s funny because I didn’t even know this event before as going on and I happened to of been nearby, and discovered a friend of mine was there as it was happening. Sometimes the world seems so small. 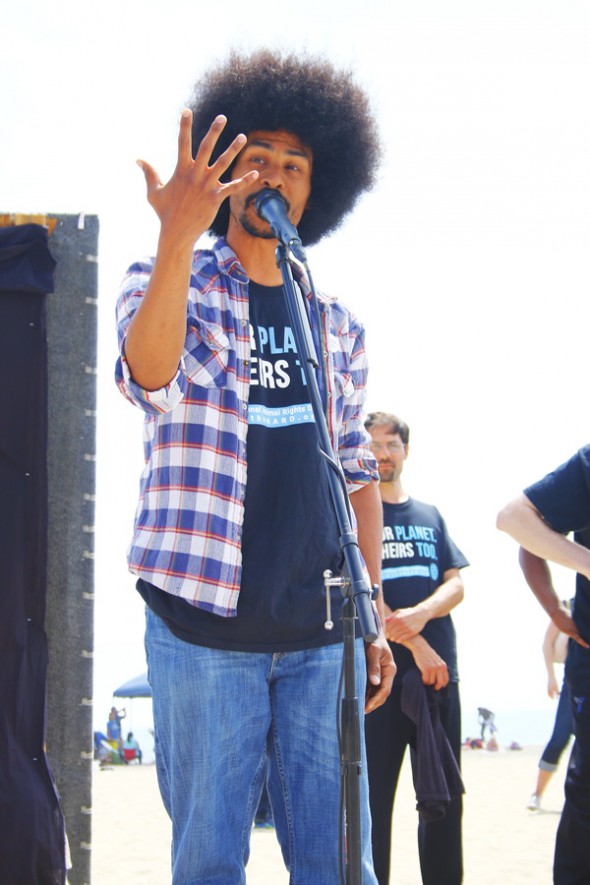