As we all know a lot of people talk about terrorism, and what groups out there are terrorists but what is terrorism? Lets look this up. Now if I check on the dictionary on my computer I get this.

terrorism |ˈterəˌrizəm| noun
the use of violence and intimidation in the pursuit of political aims.

and you can see other definition on dictionary.com, The FBI’s website, and a number of others using google.

Lately people have been talking about the militant islamic group known as ISIS that has been rampaging around parts of the middle east and recently there have been reports of ISIS in Mexico near the Texas border which doesn’t make any sense. And then I found this post in Facebook. 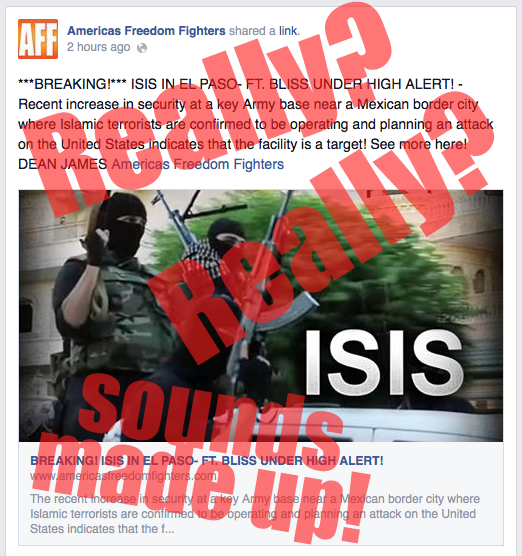 Many people have shared this link and some have left comments about it like these two I could find. Who knows how many other people shared their own words but it seems these people are terrified. 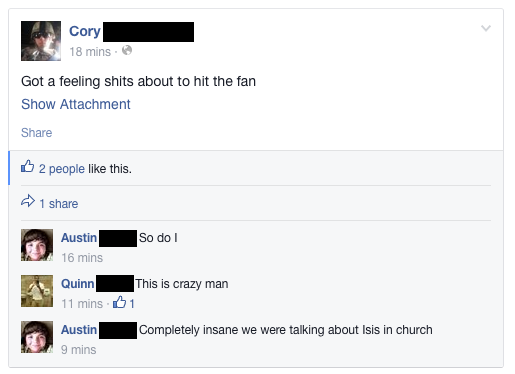 Immigration reform has been a major issue with many people in the US and some want to make it more difficult for others to come here and gain citizenship. Could this be a scare tactic against immigration reform? Earlier this year there have been stories of families and unaccompanied kids coming across the border from other Central American nations to escape the violence in the region. Some of these kids have been said to carry some diseases as said in some reports which has been confirmed. Then reports have been made about these kids being shipped to other cities and reading more of the story it sounds like they are doing so for the reason of treatment, to actually help these people and prevent a more widespread infection. And then you have this nugget of gold.

Anyone with any kind of intelligence should know that is compete crap. Clearly the intent here is to create so much fear of the issue of immigration you have to make things up to terrify everyone into believing what is coming across our borders just to push your own political aims.

Is this not Terrorism?