Warcraft right now has their anniversary event going on right now, and part of it involves killing some old world bosses from the game after it first launched 13 years ago. But the time I reached this guy he was already dead, but I couldn’t help but to notice the position he was in, looked like it was struggling to do a push up. Well, soon enough the guy spawned again I had the chance to kill him along with a bunch of other people. 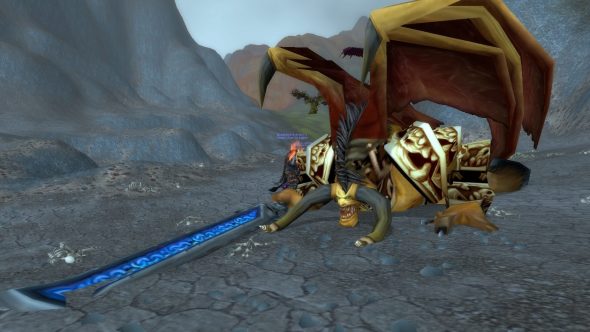