I see the Occupy Movement is still going

I was walking around Woodland Hills the other day I came to find this put on one of the crosswalk sign lights. I would of liked it if some of the camping sites were still up because I get some good photos out of that and met some interesting people. But I kind of like what’s going on with it now on how they crash speeches and such given be people like Sir Frothsalot like this annoying the supposedly moral right. These same people that believe the only “true” americans are conservative, christian, anti-gay, anti-equal rights, anti-health care, pro-life, and strangely enough pro-war. In my option, I think the people that think like that are the most dangerous to us all. 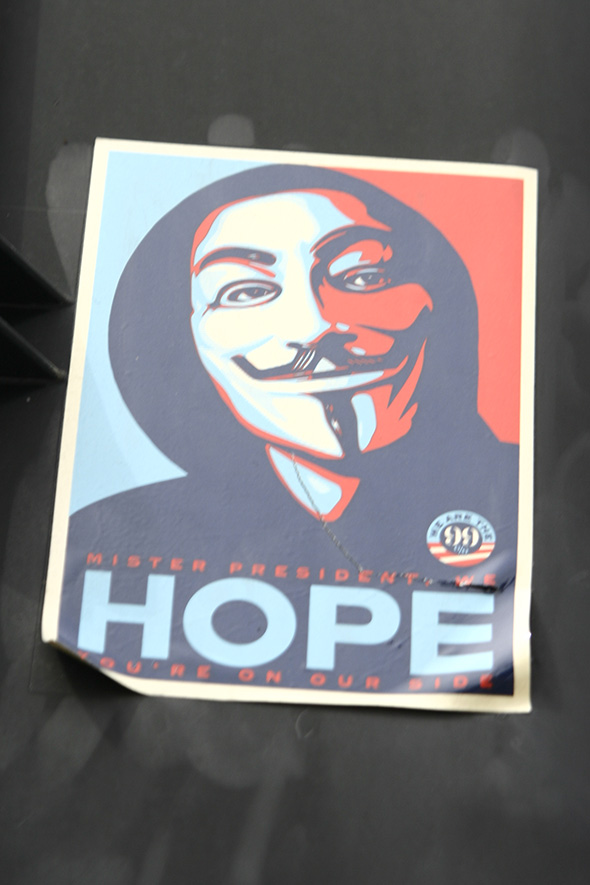