Alex Jones is at it again with his fear mongering rants that are just going to get more people killed. After his claims about 9/11, Sandy Hook, and the fact parents of those killed during that massacre have been getting death threats for years because of him. Now he is making stuff up again.

And it really doesn’t help when the main guy in the White House actually listens to him. So many people are dead, and this guy is basically eating their corpses like the ghoul he is. And he makes money off if it. 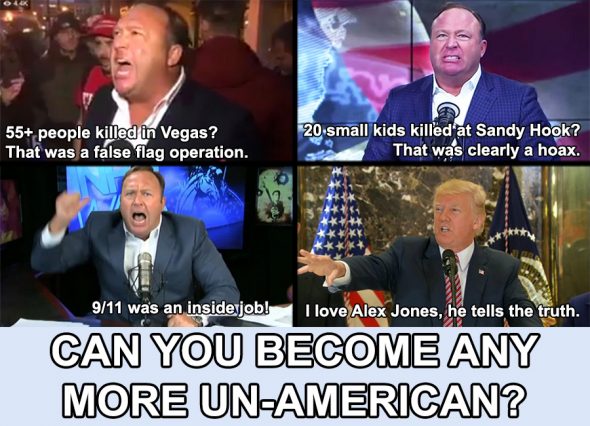