I’m going to Beat You

Yeah, I’ve been out a lot for the past 2 days, and going to sleep a bit early to. But anyways, a friend invited me to a small party near downtown with some other redditers and we found ourselves playing a bunch of video games. They had Bomberman, DDR, the original Smash Bros on the N64, and I played Smash Bros on the WiiU for the first time. I also played something called Sportsball. Interesting game. Each match I played on Smash Bros. (N64) I kept winning. No really, it was a slaughter. But the WiiU version I didn’t do as well because of how chaotic the game was, and in playing in 8 player, holy crap, that was hard to see where you are going at all a lot of the time. But it was fun anyways.

Would like to do that again someday, lets see when. 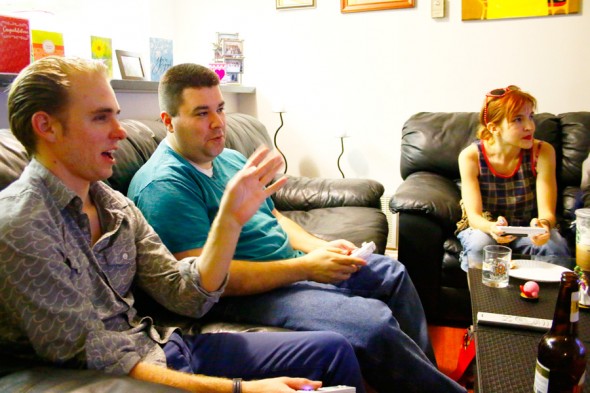