Tim Armer, a scientologist I like to call drone, but many others like to call him the koolaid man because he is kind of red. my first encounter with him was he lunged at me and tried to grab my camera, I felt threatened and almost kicked him to get him off me. he run off but I got a good shot of him from that.

and every time after that when a protest was going on he would always confront people asking the same question over and over again, why I call him drone. but as time went on more you see he is more and more shattered of a person. I ended up braking him in back in december and since there he doesn’t say anything anymore, just holds up the camera and records.

but one day an anon photoshops his face on the koolaid man as a joke that we all cracked up on. being me I decided to completely redraw the image and have something printable if needed to be. and what I made is what you see here 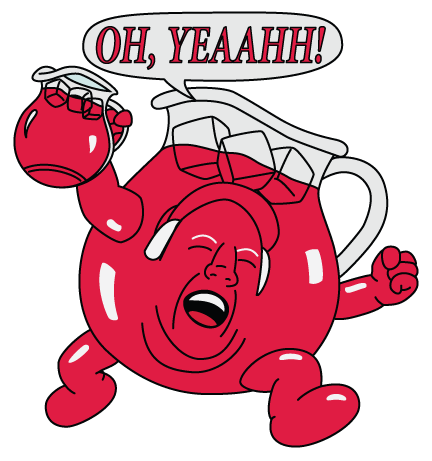