During the event Samsung was holding they had this track set up with two cars going to two different speeds for reasons of testing their camera on how fast the shutter speed is. Interesting little trick to pull of on people that don’t know cameras all to well. But the nice part is the very high ISO number the NX30 in which the range on it is 100-25600. Yeah, that’s very much, a lot.

But this photo was taking with my camera, with my crappy lens because once again, my good lens won’t work on my camera anymore. I keep getting errors. If there was a way to can some how get to those photos I took that would be nice and… Oh, I just remembered, I think there is some kind of wireless connectivity the camera has which you can send photos to your phone or maybe iPad. Or at least I believe so. I could of done that. Well, I would ask one of the people there how to pull that off then, UHHHH!!! 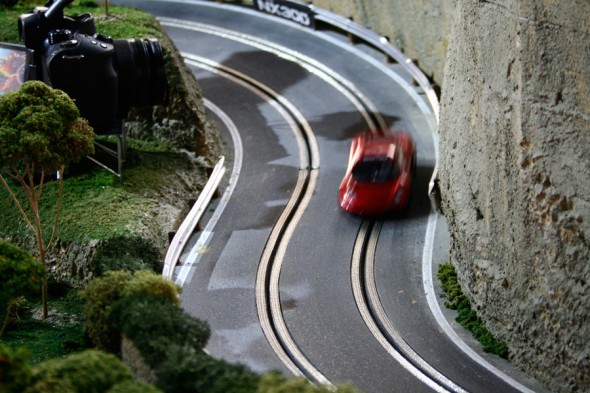