Not Much Consistency Here…

I’ve heard plenty of lies and excuses about the Unite the Right rally a few days ago that doesn’t make sense to me. People wearing trump hats, carrying touches, defending a confederate statue, being cheered on by those who claim to have more a conservative view point. Yet some of the very some people at the really are also chant about how jews won’t replace them, doing nazi salutes, then a guy ramming into anti-nazi protesters, and those very people are now, “leftists?” What is going on here? 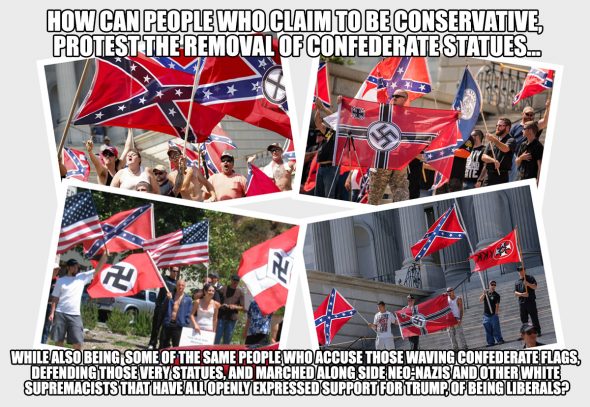