Remember the post I made about the pride protester here in LA and then in Chicago two weeks later? seems during the weekend between both events he was in Columbus, Ohio. He is in the trust jesus shirt near the far left end of the photo. I also have a name, Rubin Israel. This fat idiot is clearly well traveled and seems to be everywhere. 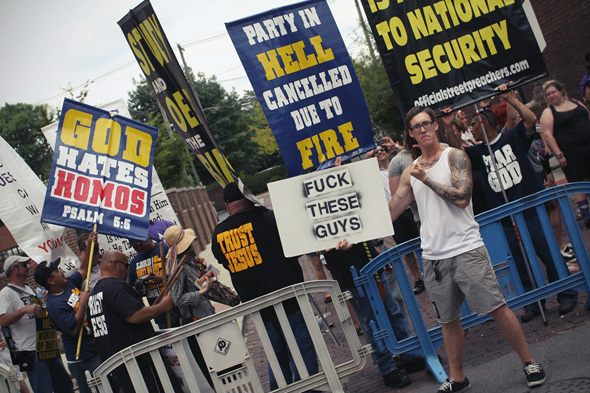 And it turns out he was outside the Convention Center during Comic Con.